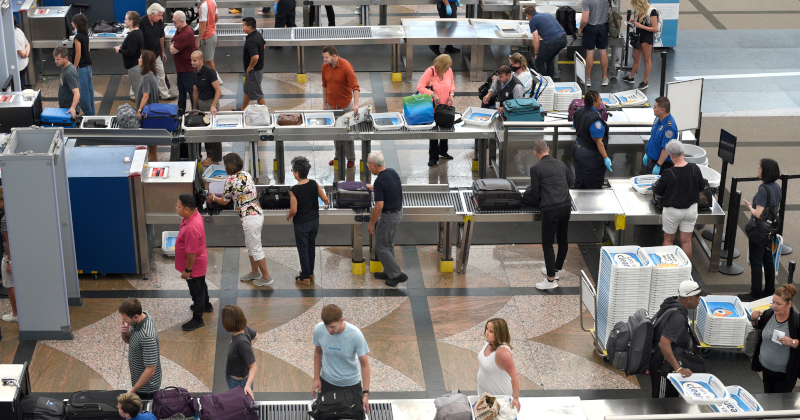 A father and daughter are suing two federal agencies after agents seized over $82,000 in cash from the latter at Pittsburgh International Airport, according to reports.

“Rebecca Brown, 54, of Lowell, Massachusetts, said her father, Terry Rolin, a resident of the South Fayette village of Morgan, had entrusted her with his life savings while she visited home in August for a weekend family wedding,” TribLIVE reports.

Brown says her dad had requested her assistance in managing cash savings he and his parents had stored in the house for years.

“It was late Saturday night after the banks closed when he gave me the money, and I had an early (Monday) morning flight home. So, I didn’t get a chance to get to a bank in Pittsburgh,” Brown said.

“I was concerned about traveling with cash, so I checked online and found out it was legal to travel domestically with cash. I even took a screenshot of what it said and saved it on my phone.”

Brown says she was questioned by TSA and DEA agents at the airport, and she was ultimately informed the cash was being seized.

“Flying with any amount of cash is completely legal. But the TSA and the DEA have a policy that if you hit a certain threshold, it’s suspicious. For the DEA, it’s $5,000. For the TSA, we think it’s about $10,000,” said Dan Alban, senior attorney with the Institute for Justice, a nonprofit legal outfit handling the suit.

“If you’re flying internationally and you have more than $10,000, you have to fill out a form. But this was a domestic flight from Pittsburgh to Boston. And you don’t forfeit your rights when you try to board an airplane.”