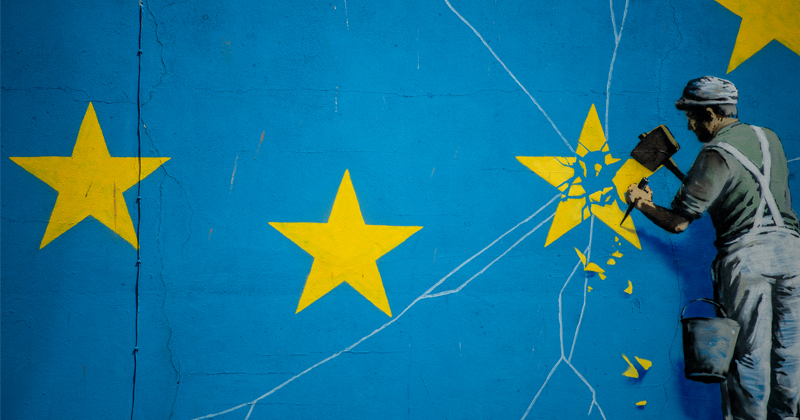 A famous Brexit mural by world-renowned street artist Banksy is mysteriously missing from its Dover, England, location and a local lawmaker is demanding an explanation.

Erected in 2017 to face the European mainland, the mural depicted a worker chiseling a star from the EU flag to commemorate UK’s exit from the bloc.

“Very disappointed by the disappearance of the Dover Banksy,” said conservative MP Charlie Elphicke. “A culturally iconic statement on our times.”

“We asked Historic England to use their powers to protect this work but they refused.”

Very disappointed by the disappearance of the Dover Banksy. A culturally iconic statement on our times. We asked Historic England to se their powers to protect this work but they refused. This is the result. They should hang their heads in shame. pic.twitter.com/CZC3V7BJzZ


As of this writing, the side of the building that once donned the “iconic” mural is currently covered in white paint and surrounded by scaffolding.

An official explanation of the mural’s fate has yet to surface as emails to Banksy’s representative and Dover’s local council inquiring for answers went unanswered Monday, according to The Washington Post.

Notably, the owners of the abandoned building, the Godden family, once said they were “exploring options for the retention, removal or sale” of the art, adding they “will look to benefit local charities with proceeds from any sale of the piece.” 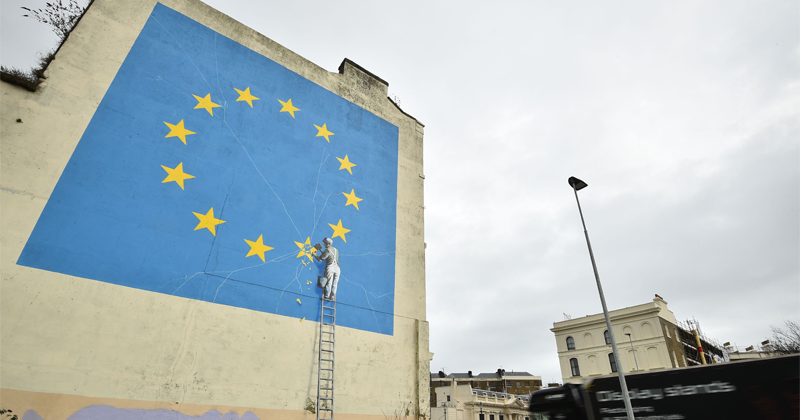 The mural had been appraised to be worth over $1.2 million dollars after it was confirmed to be the work of Banksy.

Fans and locals have taken to social media to express their outrage on the “cultural vandalism of the highest order.”

“[I] don’t think I have ever heard of another town, village or city, etc. that [has] ever painted over a ‘Banksy!’ said Zara White on Facebook. “OMG Dover what are you doing!”

Author of “SJWs Always Lie” Vox Day joins Zach Vorhies and Alex Jones to explain how to combat the ever more authoritarian pursuit of “social justice.”