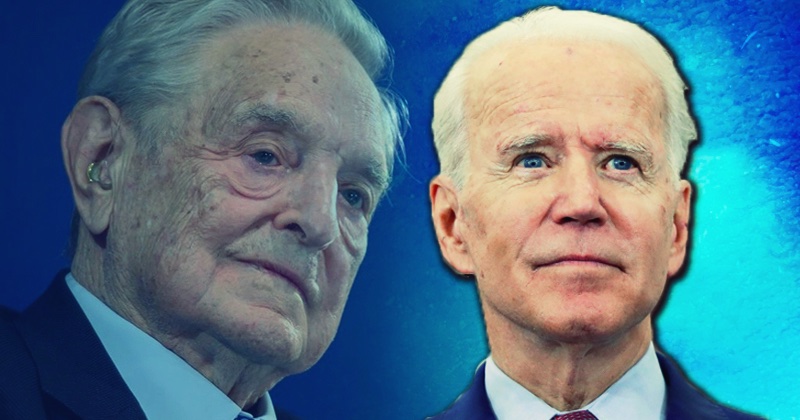 A far-left coalition war-gamed several post-election “apocalyptic” scenarios in case Democrat candidate Joe Biden lost to President Trump, predicting that Infowars would get involved by doxxing Joe Biden electors and “linking 88 of these electors to [George] Soros and 14 to child sex trafficking.”

A bizarre piece by The Daily Beast entitled, “The Left Secretly Preps for MAGA Violence After Election Day“, reports a group called Fight Back Table analyzed different election scenarios in a “serious with a modestly panicked undertone”, trying to formulate different ways to prevent a Trump victory.

“Put together by the Fight Back Table — an initiative launched after the 2016 election to get a constellation of lefty organizations to work more closely together—the meeting dealt with the operational demands expected if the November election ends without a clear outcome or with a Joe Biden win that Donald Trump refuses to recognize,” the Daily Beast reported Tuesday. 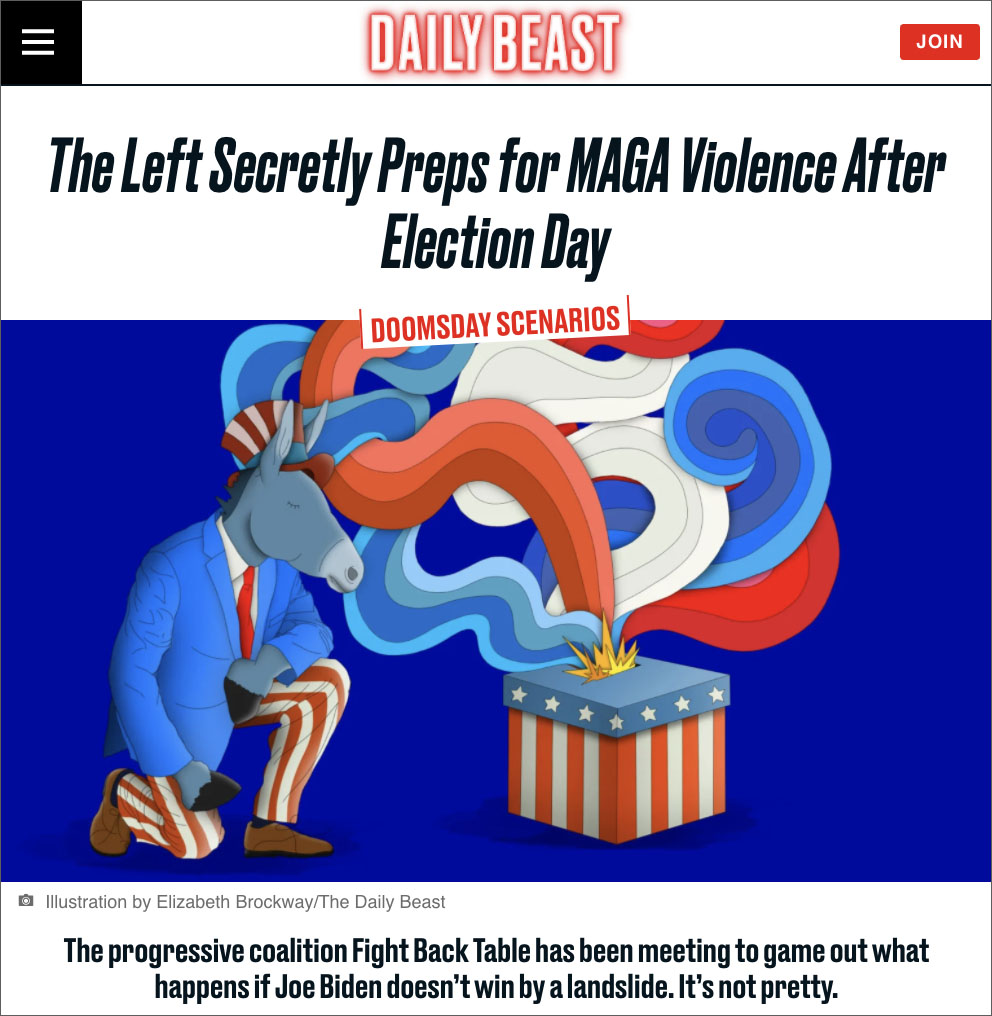 “Sources familiar with the discussions described them as serious with a modestly panicked undertone…This was the first time they were bringing the matter to the 50-plus organizations that make up the coalition. To formalize the effort, they gave it a name: the ‘Democracy Defense Nerve Center.'”

“Some of the hurdles were straightforward: how you ‘occupy shit, hold space, and shut things down, not just on Election Day but for weeks,’ explained one source familiar with the Democracy Defense Nerve Center operations. Others are more complicated, like what quick transportation options can be in place should poll locations mysteriously close. Others have been simply impossible to plan out,” the Daily Beast continued.

The group went as far as to predict that Infowars would dox Biden electors (a far-left tactic) — and link 88 of them to Soros and 14 to child trafficking — oddly specific figures.

“But hardball tactics would bring more aggressive responses from the right,” the Beast reported. “The simulation for a narrow Biden win saw a scenario in which ‘Infowars published a list of addresses, phone numbers, and other personal information of electors pledged to vote for Joe Biden.’ The announcement ‘included spurious claims linking 88 of these electors to [George] Soros and 14 to child sex trafficking.'”

To be clear, Infowars would not claim links between Biden electors and child sex trafficking or Soros unless we had evidence to support it.

And if there was evidence of such a claim, isn’t exposing child traffickers supposed to be a good thing, as President Trump has recently said?

Reporter: People claim you are secretly saving the world from pedophiles and cannibals. Is that something you would get behind?

Trump: Is saving the world from pedophiles supposed to be a bad thing? pic.twitter.com/GlDEYRTkls

Like the establishment Transition Integrity Project, this group is similarly laying the groundwork for what will certainly be a contested election due to Democrat dirty tricks like mail-in-voting, and calculating how they will take control even if Trump is duly reelected.

Harrison breaks down the Soros-funded insurrection against America.