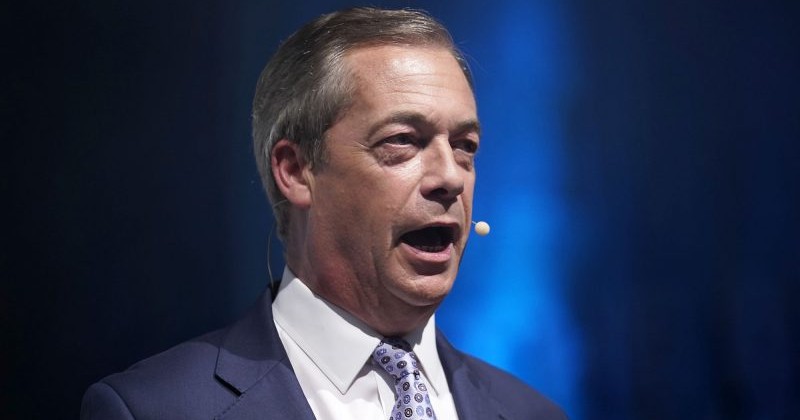 Speaking at CPAC, Nigel Farage said that the Union Jack is now a “symbol of liberty and of breaking free of this globalist project.”

Farage started his CPAC speech by declaring Theresa May, the previous Prime Minister, who arguably almost lost Brexit, as the worst PM in the history of the country. It’s why the Brexit Party were able to create a “complete and total earthquake” in the 2019 European Parliamentary elections, becoming the largest delegation in the EU and causing May to resign as PM the next day.

The “Godfather of Brexit” said that is was “great news” that Boris Johnson, May’s successor, has “picked up every word and every phrase that I have stood and fought for for nearly 30 years,” and means that “at long last, we have finally left the European Union!”

“Those with a long memory will remember 1776,” Farage said, comparing the American revolution to Brexit. “They’ll remember feeling they were a put-upon colony, taxed without representation, told what they could and could not do, and they had enough,” just as the Brits did in 2016.

Darrin McBreen and John Bowne host the WarRoom with guests, former member of the original black panthers, Larry Pinkney, and internet sensation, Outlaw Morgan. As the big tech giants are now targeting political satire and their plot to dominate the internet.

“This is a nation that quite rightly is proud of its flag and identity – it’s a wonderful thing to see whenever I come to America,” Farage told the CPAC crowds. “What globalism is all about is destroying the nation state, taking away symbols and identity, and replace it with new global order. The EU is the epicentre of globalism,” he continued.

Farage said that he too, is not ashamed of his national flag:

In fact, we decided the last thing [to do in the EU]… would be to wave our flags goodbye. However, the woman in the chair who sums up humourless, leftist, globalist unpleasantness, cut our microphones off… and very unpleasantly said, “you’re leaving anyway, take your flags and go.” And that’s what the UK did at 11PM on January 31st 2020, we took our flag and we went! And now that flag is not just a symbol of the UK, but a symbol of liberty, of breaking free of this globalist project. I don’t just want UK to leave the EU, I want Europe to leave the EU!

Farage spoke exclusively to the National File after his speech, and said that there is “a lot to celebrate and a lot to look forward to” in the future. Speaking as CPAC’s “regular foreign speaker,” Farage said it was “fantastic” that CPAC “has gone from being an all-American conservative event, to now being a part of a global movement.”