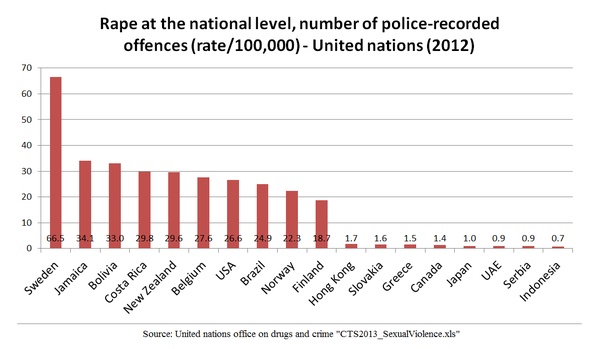 Nigel Farage, the anti-globalist wrecking ball and founding father of Brexit, declared that, in the past few years, “irresponsible” open borders politicians have likely altered the course of European civilization for the next 100 years.

“I do actually think that the moment has come for us to point the blame,” Farage told Tucker Carlson of Fox News in a discussion on Wednesday’s jihadist massacre in London. “What these politicians have done, in the space of just 15 years, may well affect the way that we live in this country for the next 100 years.”

“I remember, about five years ago, that I said we had a ‘fifth column’ living inside our own nation,” he reminded viewers. “It was the first time in our history that we had people living amongst us that wanted to destroy our values, and actually even wanted to kill us, and I remember the absolute wave of condemnation that I came in for.”

“What I’ve seen today are… the people that did irresponsibly open the doors – the people that refused to accept that within some parts of Islam there was a growing problem – and they’re all saying how awful and appalling it is.”

Farage warned of the constant attack on free speech in England, where those who speak out against the threat of Islamists and terrorists flooding into Europe are demonized and prosecuted for “hate speech” by fascistic governmental bodies, leftists, and Islamists all working in collusion to silence those sounding the alarm bells.

He explained that he is currently under investigation by the speech police at OfCom, a regulator of U.K. communications industries, for stating on his radio show that Malmo, Sweden, is now the rape capital of Europe – and possibly the world.

Malmo in Sweden is the rape capital of Europe due to EU migrant policies. Anyone who says there isn't a problem is lying to you. pic.twitter.com/Aw7GvsECeX

Farage’s comments, which were made in support of similar statements made by President Trump, predictably came under fire from leftists and mainstream media outlets, including Swedish interior minister, Ylva Johansson, who responded that sex attacks in Sweden are “going down, and going down and going down.”

Johansson was immediately forced to retract her statement in shame after being accused of promoting ‘fake news,’ eventually admitting, “The preliminary figures for 2016 unfortunately show that the figures are on the rise.”

Rape statistics from 2012 looked like this – and only continue to get worse in the once-idyllic Nordic nation:

The Gatestone Insitute reports, “Forty years after the Swedish parliament unanimously decided to change the formerly homogenous Sweden into a multicultural country, violent crime has increased by 300% and rapes by 1,472%. Sweden is now number two on the list of rape countries, surpassed only by Lesotho in Southern Africa.”