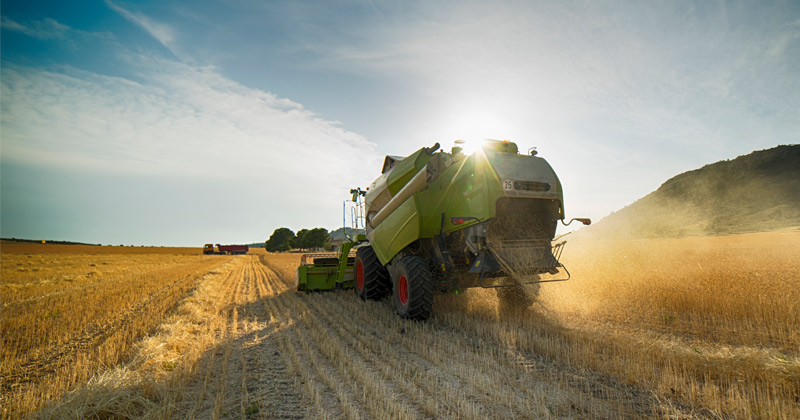 The federal government spends more than $20 billion a year on subsidies for farm businesses.

About 39 percent of the nation’s 2.1 million farms receive subsidies, with the lion’s share of the handouts going to the largest producers of corn, soybeans, wheat, cotton, and rice.

What these subsidies have done is create a floor for food prices. This is essentially a win-win for farmers. When supply exceeds demand, government steps in to make up the difference. Consequently, this prevents prices from falling, but at the cost to the consumer.

The initial aim for agricultural subsidies is to prevent businesses from collapsing due to volatile prices. If there is a bad harvest, some small farmers could go out of business. With the help of a subsidy, these farmers could continue into the next year. While there is a case for helping such small farms, the case for protecting big farms is unconvincing. But this is precisely what farm subsidies predominantly do. For example, in 2016, small family farms accounted for 90 percent of all farms, but received just 27 percent of commodity payments and 17 percent of crop-insurance indemnities. Large farmers get the majority of the pay outs, but are equally those who can most afford to ride out any market volatility.

The idea of eliminating agriculture subsidies has already been tested in New Zealand. In 1985, it eliminated all its subsidies and removed trade barriers. Since then, its farmers have flourished, with productivity improving dramatically.

Farmers can’t rely on subsidies, so have to be more efficient to survive. They have to diversify and make products that can better compete. This also means greater choice for the consumer. For example, New Zealand’s dairy farmers used to produce 35 dairy products before the reforms. Today, it produces over 2,200.

The New Zealand government no longer subsidizes over-production so farmers are forced into making decisions that make a profit, and now farmers are more able to align supply with demand. Unlike in the US, farmers in New Zealand are penalized for overproduction, not rewarded.

Before the agricultural reforms in 1984, New Zealand had a dramatic oversupply of sheep meat. Government paid for the slaughter of sheep that could not be sold in 1983. As a result, over 6,000 tons of surplus sheep meatwas turned into fertilizer. This was a waste of resources. Farmers were effectively encouraged to continue producing something even if there was insufficient demand. This is exactly what government intervention does: it distorts market mechanisms.

The subsidies and agricultural support are sold as ways of protecting farmers. However, just 1 percent of the country’s farmers were forced out. The benefits are well documented. New Zealand’s agriculture industry has become not only more profitable, efficient, and innovative, but has also improved its biodiversity.

Agricultural subsidies continue to be used throughout the world today. It is for this very reason that trade negotiations at the WTO and regional trade agreements fail.

Trade talks between the EU and the US are already set to fail based on the reluctance of EU negotiators to open their markets to US agriculture.

At the same time, the US is reluctant to include motor vehicles in a trade deal if they do not also receive agriculture access. Based on the current negotiating positions, a free trade deal is unlikely. The route cause comes from agriculture. Both EU and US subsidies prevent a comprehensive free trade deal from being achieved.

This impacts on customers in a number of ways. The most prominent of which is higher prices. As long as there are tariffs between the EU and the US, customers will pay the price. While it is true that some companies will absorb the costs into profits, most of the cost is borne by the customer. Not only are higher costs imposed on the existing products, but many are often excluded from the market. One explanation is the strict regulations that the EU has. US cosmetic products for example are completely banned because of the chemicals they contain. All in the name of protecting the consumer. That’s very well, but comes at a price.

There are a number of areas which the US and the EU disagree upon, but none are bigger than agriculture. Both offer massive subsidies to farmers. According to OECD data, the US spends roughly $33 billion a year, while the EU spends close to $100 billion. These figures illustrate the issue at hand. The EU is highly protective of its agricultural industry. Therefore, all the while agricultural concessions are demanded from the US, a trade deal is unlikely. The result is not just higher food prices for both the US and the EU countries, but also higher prices on other products as a result of higher tariffs.

With roughly 141 million taxpayers in the US, paying for $33 billion worth of subsidies, it works out at a cost of $234 per person on average. Does this work out as a net benefit to the customer? Well research by the CBO and the Department of Agriculture both conclude no correlation between crop and food prices. Farm subsidies and crop insurance don’t lower food prices. In part, this is because most of the subsidies go to the more financially secure and bigger farmers. What the agricultural subsidies and crop insurance do is give farmers a guaranteed income. Farmers know exactly the minimum amount of gross dollars per acre they will receive that year from crop insurance. Keep your expenses below that amount and you will make a profit. What other business is offered those guarantees?

Farmers are offered a guaranteed income no matter how efficient they are. To use taxpayers money to reduce the incentives is folly. By creating a safety net, farmers are not incentivized to prepare for harvest fluctuations. It is not necessary for them to invest in creating efficient and healthy ecosystems for next year.