On Wednesday Russian Foreign Minister Sergei Lavrov said the Organization for Security and Cooperation in Europe must “decisively condemn” the rise of “nationalist and neo-fascist” sentiment in western Ukraine.

He said the Russian government has video evidence showing how Ukrainian ultra-nationalists initiated violence that directly and indirectly lead to the death of over 100 people during the Euromaidan uprising.

“The Western media prefer not to talk about the riots for what they really were, demonstrations arranged by extremist groups. Perhaps the leaders of the European institutions do not know about the actions of these extremists who were disguised as civilians,” a statement issued by the Russian Foreign Ministry reads.

“We are most deeply concerned about what is happening in Ukraine. We are startled to hear that some Western countries misinterpret the events, trying to influence the situation.”

“We do not know if the authorities will be able to control the situation,”said Anna Demchenko of the Information-Analytical Center of Moscow-based daily news website Vestnik Kavkaza. “We must not ignore or hush up the involvement of radicals in the events in Ukraine.”

On Tuesday, Marina Petrova, Vice President of the Information and Analytical Center for Post-Soviet Studies at Moscow State University, warned that fascist ultra-nationalists are overtaking the Euromaidan revolution.

“A key role [in the violent protests] is being played by extremists who are not taking orders neither from the government nor the opposition and they are benefiting from the high tension and the absence of peace,” said Petrova.

“There are many other groups inside the protest that are anti-Semitic and ultra-nationalist,” she said. “And the directions they are pushing the protest is very dangerous.”

The racist ideology of Svoboda was underscored in 2012 when Ihor Miroshnychenko, the deputy chief of the party, wrote disparagingly of Ukrainian-born American film actress Mila Kunis on his Facebook account: “[Kunis] is not Ukrainian, she is a Yid. She is proud of it, so [the] Star of David be with her.” He dismissed her as a “dirty Jewess,” a comment resulting outrage in Israel, Western Europe and the United States.

In 2004, the party’s leader, Oleh Tyahnybok, said during a speech in Parliament that a “Muscovite-Jewish mafia” controlled Ukraine and “organized Jewry” dominates the Ukrainian government and media. Tyahnybok also said Jews plan to organize genocide in the country.

Fascist sentiment, however, is not limited to Svoboda, Pravi Sector and the UNA-UNSO.

A bill introduced in the Ukrainian parliament on Tuesday by Vladimir Yavorivsky of the Batkivshchyna party (Yulia Tymoshenko’s All-Ukrainian Union “Fatherland” party) seeks to decriminalize denial or justification of the crimes against humanity perpetuated by the Nazis during the Second World War.

The legislation would also decriminalize actions taken by organizations and individuals who fought against the anti-Hitler coalition and collaborated with Nazi occupiers, as well as those who promote Nazi ideology and disseminate materials justifying the crimes of Nazis and their supporters, according to The Voice of Russia.

Current legislation considers such activity a crime punishable by fines, “restraint of liberty for up to two years,” or a prison term of the same length. 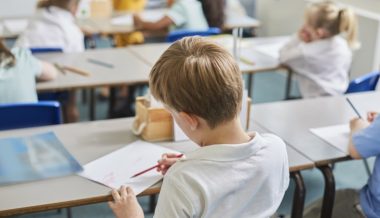