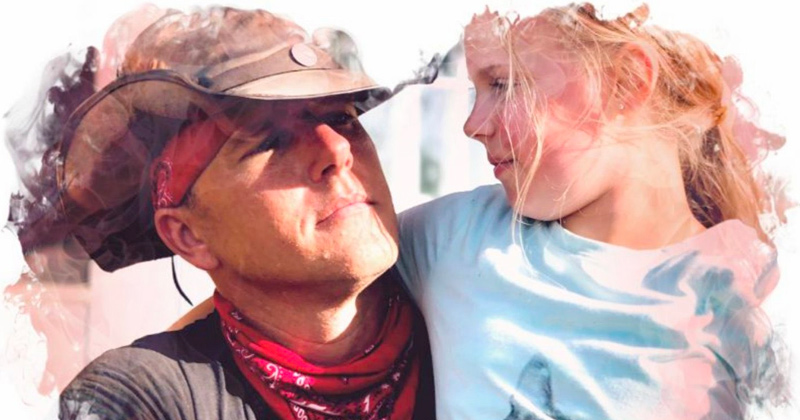 The father of a nine-year-old girl named Sophie, seen in a distressing viral video complaining about sexual abuse endured at the hands of her mother’s fiancé, has won custody of his daughter.

On Wednesday, a Texas judge awarded Sophie’s father, Michael Long, full custody of her and her two brothers following a five-year battle with his ex-wife Kelly culminating in the video which sparked the viral hashtag #StandwithSophie.

During a September 9 hearing on the case, the judge ruled that Sophie and her two brothers would be placed in Michael Long’s care, his attorney informed Heavy. Jamie L. Graham of Jamie Graham & Associates said that she is thrilled at the decision and that the judge, who is a new judge for the case, decided to “err on the side of caution” in ruling that the children would be placed with Long during the custody battle.

Long claims he lost custody years ago after attending a family court hearing without proper legal representation, while his ex lawyered up.

Failing to regain custody of Sophie even after dedicating his life savings towards the fight, Long thought it’d be more effective to release the video on social media and let Sophie tell her own tale.

The video shows Sophie crying and screaming in horror as she begs not to be exchanged with her grandma where she’ll ultimately be handed back to her alleged abusers.

“The agreement that had been sent over was that we’d stay in the car, her grandma would come over and Sophie would make the transition,” Long explained.

“What happened was I unlocked the car, her grandma showed up and it looked like an abduction in the back of my car. Thank God I was filming.”

“It’s one of those helpless things – as a parent, you do everything you can do to make sure your child gets the help she needs,” Long described.

“The legal system failed us miserably. I knew the only way to protect Sophie was to record everything.”

“I realized we were completely broke, we’d spent everything we had, so you know what, if no one else is going to speak for Sophie, I’ll let her speak for herself. So I released it and we’ll let the world decide.”

Long and his new wife Kourtney became concerned about Sophie after they took her to a clinic in early June where doctors suspected she’d been sexually abused, but the couple alleges Child Protective Services had done nothing to investigate the claims.

The DailyMail.co.uk has more on the doctor visit:

According to her stepmom, when she arrived to spend her summer vacation with them at the start of June, she constantly said she felt shooting pains in her private parts – to the point she was doubled up in agony at times.

She was taken to a clinic and a yeast infection was diagnosed. But prior to the visit, she told Kourtney she was worried that the doctors might take photos of her vagina.

Eventually, she told Kourtney that she had been repeatedly molested by the fiance who she refers to as Mr. Jake and some of his friends.

Sophie was taken back to the clinic and tested for sexually transmitted infections. She also was questioned by medics and forensic interviewers about what happened – and now has medical notes that read ‘sexual abuse suspected’.

Both think the alleged abuse has been going on for far longer, with Kourtney explaining that the change in Sophie since 2017 is marked.

Kourtney claims Sophie’s entire attitude and self-image have changed dramatically over the past few years. More via Daily Mail:

“She used to feel good about herself all the time and now she feels not beautiful and that’s really hard to see.”

“In private, she talks so badly about herself now because she’s a beautiful young lady and they’ve made her feel ugly.”

“I don’t know if it’s all the things they say to her or things that have been done to her that have made it hard for her to feel comfortable in her own skin. But a lot of that sparkle, the carefree innocence… you can see it fade from her eyes.”

According to the Daily Mail, another trial will be held in November where the custody battle “will finally be resolved.”

Meanwhile, Long has taken to social media to try to get more support for Sophie, even asking President Donald Trump to help out.

Dear @realDonaldTrump, As a Father to a Daughter, I’m sure you can appreciate my dilemma. I need your help Sir. Will you help me #standwithsophie? #savethechildren pic.twitter.com/gcax4tsRbO

“Dear @realdonaldtrump,” reads a tweet from Long sent Wednesday. “As a Father to a Daughter, I’m sure you can appreciate my dileema. I need your help Sir. Will you help me #standwithsophie? #Savethechildren.”

Owen and Tom cover the story about the 8 new rescued children in Operation Homecoming, and describe how disturbing the media silence on these news is.