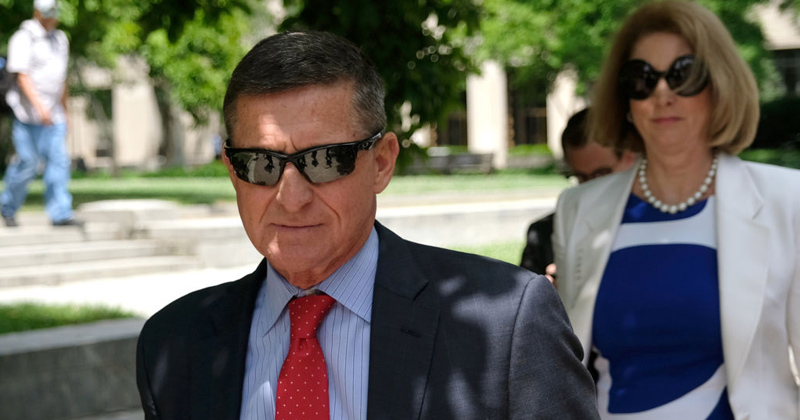 In late June, a US appeals court ordered a district judge to comply with a previous decision by the Department of Justice and drop the review of the criminal case against former National Security Adviser Michael Flynn.

The FBI knew that former National Security Adviser Michael Flynn was not a Russian agent, and they believed that he did not deliberately lie to them during his 2017 interview, according to newly released documents provided by the Department of Justice (DOJ) to Flynn’s legal team.

His lawyers wrote in a court filing on Friday that the documents had revealed FBI agents and DOJ officials “knew General Flynn’s statements were not material to any investigation, that he was ‘open and forthcoming’ with the agents, that he had no intent to deceive them, and that he believed he was fully truthful with them”.

A portion of the documents is related to an early FBI interview with Flynn, claiming that the FBI “[…] determined that Flynn was not acting as an agent of Russia”.

The lawyers pointed out that this “exculpatory evidence” indicates the “absence of any crime”, as well as “government misconduct” in investigating Flynn and “prosecutorial misconduct in the suppression of evidence favourable to the defence”.

“These disclosures evince […] even more reasons requiring dismissal of the case against General Flynn”, they underlined.

The developments come after District Judge Emmet Sullivan, who is overseeing the criminal prosecution against Flynn, urged a federal appeals court on Tuesday to reconsider its decision to dismiss the case.

Late last month, Sullivan was instructed by the court to comply with a recent DOJ move and scrap the review of the criminal case against the ex-National Security Adviser.

The decision followed US President Donald Trump stating that he was “strongly considering” pardoning the former administration official.

General Michael Flynn was charged with giving “false and fraudulent statements” to the FBI about conversations with Russian Ambassador to the US Sergei Kislyak amid the 2016 US presidential election campaign.

In 2017, Flynn pleaded guilty to the charge, but later withdrew his plea and claimed that FBI officials had tricked him into lying.
The Department of Justice decided to drop the case against the former national security adviser in May 2020 citing newly discovered information and the fact that the FBI had conducted the inquiry “without any legitimate investigative basis”.

The General Flynn probe was part of a larger investigation into allegations that the Trump campaign colluded with Russia to influence the 2016 presidential race.

The special counsel investigation conducted by Robert Mueller ultimately concluded that there was no criminal conspiracy between Trump and Moscow. POTUS has repeatedly berated the Democrats over the Russia investigation, which he called a “witch hunt”.