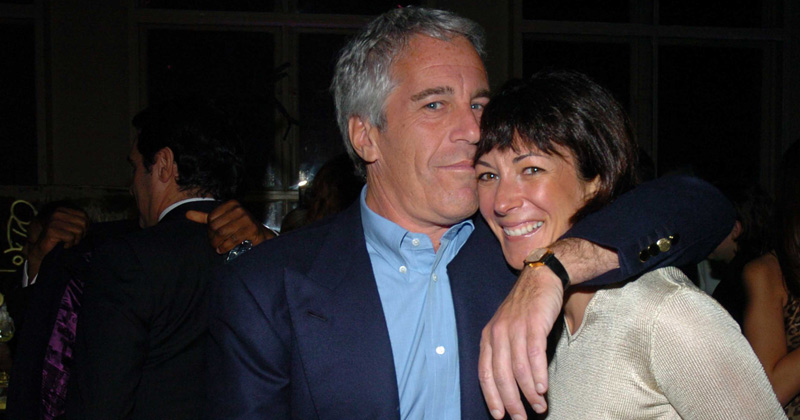 Sources inside the FBI have reportedly confirmed that the bureau is investigating British socialite Ghislaine Maxwell and several other unnamed persons suspected of helping multimillionaire pedophile Jeffrey Epstein recruit and exploit underage girls.

Maxwell, who reportedly dated Epstein in the early 1990s before settling in to a close friendship with the millionaire, has been MIA since Epstein’s July arrest. Soon after, Epstein killed himself [according to the official report] while awaiting trial in Manhattan’s Metropolitan Correctional Center.

Though this is the first time the FBI has confirmed that it’s actively investigating Maxwell, AG Bill Barr’s insistence that the case would focus on those who enabled or abetted Epstein led many to suspect that Maxwell would be the next logical target.

That’s because she has been accused in court filings of organizing a sex-trafficking ring that helped bring beautiful young girls to Epstein’s expansive Manhattan townhouse.

Back in 2003, Epstein told a reporter with Vanity Fair that Maxwell was his “best friend.”

Maxwell is the daughter of late British media magnate Robert Maxwell, who founded a publishing house and once owned a suit of tabloids, including the Daily Mirror.

It emerged after Robert Maxwell’s mysterious death in 1991 that he had looted hundreds of millions of dollars from employee pension funds to prop up his crumbling business empire.

We have reported on several rumors regarding Maxwell’s whereabouts, including one claiming that she was living in a tech CEO friend’s multimillion-dollar oceanfront mansion.

But the CEO denied the reports and it’s unclear now whether Maxwell was ever there. But Maxwell’s friendship helped Epstein expand his circle of famous and powerful friends. She was his connection to Prince Andrew, who was snubbed by his own mother on Christmas thanks to the shame his involvement with Epstein has brought to the British royal family. Prince Andrew stepped down from public duties in November, and will likely live out the rest of his life in the shadows.

She also helped forge Epstein’s connection with the Clinton’s, and was in attendance at Chelsea Clinton’s wedding.

Reuters’ sources within the bureau declined to name any other suspects who are being “looked at” in the Epstein case other than Maxwell. However, they did stipulate that they have no plans to interview Prince Andrew at this time – though that could change.

Virginia Giuffre (previously named Virginia Roberts), one of Epstein’s alleged victims, claimed in a civil lawsuit that Maxwell “recruited” her into Epstein’s orbit, where she was forced to have sex with Epstein and his powerful friends, including Prince Andrew.

It’s widely suspected that Epstein accumulated his wealth and powerful circle of friends thanks to his skill at blackmailing the rich and powerful after they had slept with a member of Epstein’s coterie of underage girls.

Though if Epstein really did have a trove of kompromat on his friends and associates, where is it? And how was it hidden from public view for all of this time?

Shock video shows young girls dressed as stewardesses being used in the elite world of private executive jet travel to entice men to join their club.