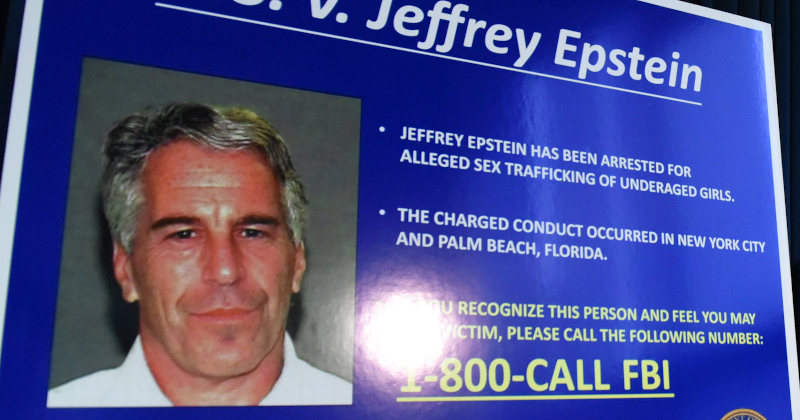 The US Federal Bureau of Investigation had information pertaining to now-deceased paedophile Jeffrey Epstein more than a decade ago that could have potentially brought down his alleged sex trafficking network, US television network ABC News reported.

According to court documents and sources familiar with the events, the outlet reports that a woman whose allegations of child sex abuse in New York featured prominently in Jeffrey Epstein’s 2019 indictment, had been questioned by the FBI and scheduled to testify before a grand jury in the summer of 2008 in connection with the first federal probe into the financier.

Currently, nearly two dozen women are suing Jeffrey Epstein’s estate, claiming that the late financier, who died while under investigation for new sex trafficking charges, had forced them into prostitution, with many of the alleged victims claiming they were underage.

However, before the woman, who was 19 when questioned by federal agents in 2008, was able to testify, Epstein had secured a controversial non-prosecution agreement with the US Attorney’s Office in Miami by pleading guilty to two state prostitution charges. The alleged victim’s testimony was abruptly cancelled, while Epstein was sentenced to 18 months in a county jail.

The woman’s account could have potentially helped prosecutors build up their case against Epstein, possibly unravelling an alleged network of child sexual abuse at his Manhattan residence similar to what had been revealed at his Palm Beach home.

“I certainly think with the FBI’s capabilities, even back then, that they could have unravelled the entire network from New York to Paris to New Mexico,” ABC News quotes Spencer Kuvin, a West Palm Beach attorney who represented three of Epstein’s alleged victims during the initial federal investigation in Florida, as saying.

“The potential was always there. [The government] shut this thing down and plead this thing out before going through and talking to probably more than half of the women that were involved in this whole thing. Had they conducted a full investigation and taken their time, this would’ve been a whole different story.”

After federal prosecutors in New York opened a new investigation into Jeffrey Epstein 11 years later, the woman, identified in the 2019 indictment as “Minor-Victim 1,” was again contacted by authorities for information pertaining to her alleged sexual abuse by the disgraced financier.

According to the woman’s claims in last year’s indictment, she was recruited at the age of 14 in 2002 to provide massages to the financier at his Manhattan residence and was subjected to sexual abuse over a period of years. The billionaire allegedly paid the teenager, whose family was struggling financially, to entice other young girls to engage in sex acts with the sex offender.

The woman, now 31, has filed a civil lawsuit against Epstein’s estate in the wake of his arrest and death in a federal detention centre last August, stating that the abuse she had endured “has forever scarred her and altered her life”.

The victim is one of nearly two dozen women who are suing Epstein’s estate, claiming that the late billionaire had trafficked and forced them into sex.

An attorney representing “Minor-Victim 1” has not commented on the new report.

On 10 August 2019, American financier Jeffrey Epstein was found dead in his Metropolitan Correctional Center jail cell, where he was awaiting trial on new sex trafficking charges.

The sex predator had been under investigation for nearly two decades at the time of his death, ruled a suicide, having pleaded not guilty to all charges but facing up to 45 years in prison had he been convicted.