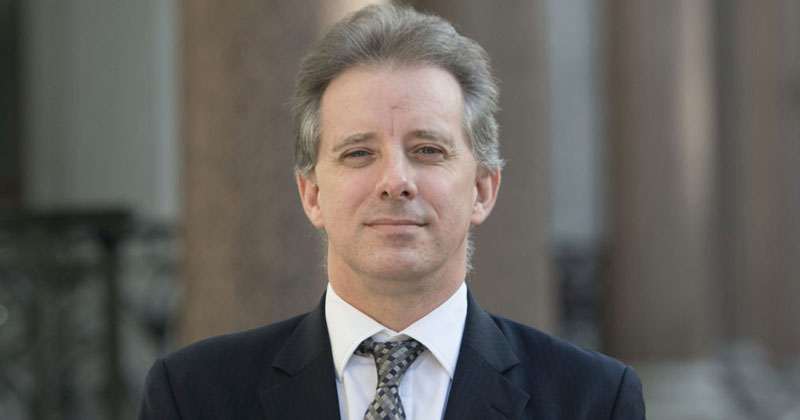 The so-called “Steele Dossier” that was used as the pretext to spy on Donald Trump’s presidential campaign was Russian disinformation, according to declassified footnotes.

The newly declassified footnotes of Inspector General Michael Horowitz’s FISA report show the FBI obtained evidence that Russian operatives fed bogus information to British spy Christopher Steele which he used in his dossier that led to the FBI’s surveillance of Trump’s campaign.

#FISA READ footnote 350 FBI effort to verify Steele Dossier “The (redacted) stated that it did not have high confidence in this subset of Steele’s reporting and ASSESSED that the referenced subset was part of a Russian disinformation campaign to denigrate US foreign relations” pic.twitter.com/7aVvNkx3BV

The footnotes describe how the Crossfire Hurricane team received a warning from a still-redacted source “indicating the potential for Russian disinformation influencing Steele’s election reporting” related to the unverified claims in Steele’s dossier that Trump watched prostitutes urinate on a hotel bed in Moscow in 2013 and that his former lawyer Michael Cohen met with Russian operatives in Prague in 2016.

So the FBI knew for over 3 years that the Steele Dossier used as the “central evidence” to spy on Trump’s campaign was false, but carried out the surveillance anyway.

The dossier was used to secure several FISA warrants to spy on members of Trump’s campaign, including Carter Page and George Papadopoulos.

The declassification came at the request of Sens. Chuck Grassley (R-Iowa) and Ron Johnson (R-Wis.), whose committees have been urging for full transparency regarding the FISA abuses that took place in 2016 and 2017.

“The footnotes reveal that, beginning early on and continuing throughout the FBI’s Russia investigation, FBI officials learned critical information streams that flowed to the dossier were likely tainted with Russian Intelligence disinformation,” said Grassley’s office in a press statement on Friday.

“But the FBI aggressively advanced the probe anyway, ignoring internal oversight mechanisms and neglecting to flag the material credibility concerns for a secret court. Despite later intelligence reports that key elements of the FBI’s evidence were the result of Russian infiltration to undermine U.S. foreign relations, the FBI still pushed forward with its probe.”

“It would eventually spill over into the years-long special counsel operation, costing taxpayers more than $30 million and increasing partisan divisions – all based on faulty evidence. In the end, the special counsel concluded that the Trump campaign did not collude with Russia.”

The Senators added that the FBI ignored the “glaring contradictions” of its evidence because they were so determined to stop Trump from becoming president.

“Had FBI leadership heeded the numerous warnings of Russian disinformation, paid attention to the glaring contradictions in the pool of evidence and followed long-standing procedures to ensure accuracy, everyone would have been better off. Carter Page’s civil liberties wouldn’t have been shredded, taxpayer dollars wouldn’t have been wasted, the country wouldn’t be as divided and the FBI’s reputation wouldn’t be in shambles.”

They also noted the irony of accusing Trump of colluding with Russia when the FBI themselves used Russian propaganda to gin up a Russian collusion narrative, and pointed to Hillary Clinton as the real collusion culprit.

Read the DOJ letter to Grassley containing the footnotes below: