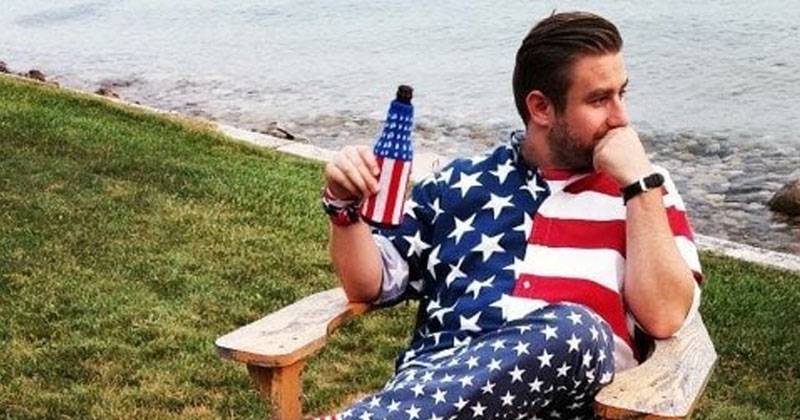 The FBI has been lying – including giving false testimony in court – about the murder of DNC staffer Seth Rich, according to attorney Ty Clevenger.

Clevenger filed a Freedom of Information request to the FBI for all email correspondence between former FBI Head of Counterterrorism Peter Strzok, who headed the investigation into the DNC leaks and Wikileaks, and FBI attorney Lisa Page.

The release has revealed two pages of heavily redacted emails which not only mention Seth Rich, but have “Seth Rich” as their main heading.

However, the FBI has denied having any records even mentioning Seth Rich.

“There has been an ongoing litigation/smear campaign against anybody who who asks inconvenient questions about Seth Rich,” Clevenger told One America News Network Thursday.

“Fox News got sued – Fox News has gone completely silent on Seth Rich. And I think the message has gotten out to most other media outlets: ‘Don’t talk about this or else.’ And I think that was their strategy all along on this, to shut everybody up.”

Clevenger explained that in pursuing FOIA requests on Seth Rich, he noticed a glaring contradiction by the FBI.

“I happened to look – every time there’s a FOIA redaction they put codes next to the redaction, so I went back and looked up the codes, and one of the most common codes in there was to redact things that might reveal matters of investigative or prosecutorial significance. So in my view, they told me all along there’s been no investigation, but yet you’re signing exemptions on the grounds that there’s an investigation or potential prosecution, so which is it?”

The major point is that the FBI claimed it had no records mentioning Seth Rich, and these have come to light in response to a different FOIA request that was not about him. What other falsely denied documents does the FBI hold about Rich, that were not fortuitously picked up by a search for correspondence between two named individuals?

The opening email, at the bottom, dated 10 August 2016 at 10.32am, precisely just one month after the murder of Seth Rich, is from the media handling department of the Washington Field Office. It references Wikileaks’ offer of a reward for information on the murder of Seth Rich, and that Assange seemed to imply Rich was the source of the DNC leaks. The media handlers are asking the operations side of the FBI field office for any information on the case. The unredacted part of the reply fits with the official narrative. The redacted individual officer is “not aware of any specific involvement” by the FBI in the Seth Rich case. But his next sentence is completely redacted. Why?

Finally, and perhaps this is the most important point, the FBI was at this time supposed to be in the early stages of an investigation into how the DNC emails were leaked to Wikileaks. The FBI here believed Wikileaks to be indicating the material had been leaked by Seth Rich who had then been murdered. Surely in any legitimate investigation, the investigators would have been absolutely compelled to check out the truth of this possibility, rather than treat it as a media issue?

We are asked to believe that not one of these emails says “well if the publisher of the emails says Seth Rich was the source, we had better check that out, especially as he was murdered with no sign of a suspect”. If the FBI really did not look at that, why on earth not? If the FBI genuinely, as they claim, did not even look at the murder of Seth Rich, that would surely be the most damning fact of all and reveal their “investigation” was entirely agenda driven from the start.

Seth Rich was murdered in July 2016, not long after DNC emails were leaked by WikiLeaks to the public, leading some to speculate that he was their source of the leaks.

However, the FBI has insisted that the DNC emails were hacked by the Russian government, which kicked off numerous intelligence investigations into Donald Trump’s presidential campaign, including by the FBI, House Intelligence Committee, and FBI Special Counsel Robert Mueller, who all concluded that Trump did not “collude” with Russia to win the 2016 election.