(NaturalNews) In this Information Age, the government threats to privacy just continue to cascade, as now the FBI wants Internet companies to install “back doors” into their services to allow electronic eavesdropping of users.

Specifically, the FBI wants the 1994 Communications Assistance for Law Enforcement Act, or CALEA, amended to require Internet platforms such as Facebook, as well as Web-based email programs like Gmail and Yahoo! to build back doors into their systems, so the FBI can access them at will to spy. Presumably other constitutional requirements of eavesdropping – such as the Fourth Amendment’s requirement for law enforcement to secure a warrant “upon probable cause” – would apply, but these days, you just never know. And besides, once the back doors are “installed,” who’s to say they won’t be accessed by prying eyes at will?

Not surprisingly, the FBI doesn’t consider such a proposal an expansion of its power – merely an extension of its authority in this Information Age as a way to improve our security. Sound familiar?

Hesitant companies, but can they hold out?

In what can only be good news for Web surfers and email clients, the companies are hesitant to simply go along with the FBI’s proposal; after all, recent congressional attempts to pass privacy-stealing legislation like SOPA and CISPA have met with huge consumer backlash.

That’s understandable, since any misuse of the technology will have a much more detrimental effect on the bottom line of the companies, as users flee their services for other providers who are less accommodating.

Again, though, officials at the bureau pushing for the changes see their effort as a way to enhance security. They say technology is changing so rapidly that what is useful today likely won’t be in a few months, and that much is true. They point to procedures already in place that make it easy to tap cell phones or landlines, but argue that getting direct surveillance for Facebook chats or Twitter posts is much more difficult, and that without the back doors, the agency is in danger of becoming ineffective. The bureau calls this alleged phenomenon “Going Dark,” according to what then-FBI general counsel Valerie Caproni was planning to warn Congress of in February 2011.

In other words, the needs of national security trump individual constitutional rights – something the founding fathers warned should never happen.

Rolling back the leviathan

According to reports, the FBI would still be required to get a warrant to conduct any electronic surveillance through these back doors. But privacy advocates say such access will ultimately prove too tempting for overzealous agents.

“New methods of communication should not be subject to a government green light before they can be used,” Ross Schulman, of the Computer and Communications Industry Association, told CNET.com.

But it may be that legislation, ultimately, won’t be needed. There are indications the Federal Communications Commission (FCC) may consider “reinterpreting CALEA to demand that products that allow video or voice chat over the Internet — from Skype to Google Hangouts to Xbox Live — include surveillance backdoors to help the FBI with its ‘Going Dark’ program,” CNET.com said.

“We have noticed a massive uptick in the amount of FCC CALEA inquiries and enforcement proceedings within the last year, most of which are intended to address ‘Going Dark’ issues,” Christopher Canter, lead compliance counsel at the Marashlian and Donahue law firm, which specializes in CALEA, said.

“This generally means that the FCC is laying the groundwork for regulatory action.” 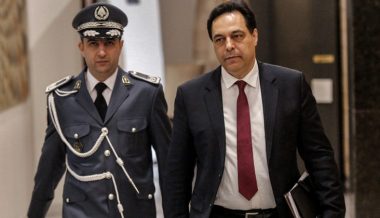 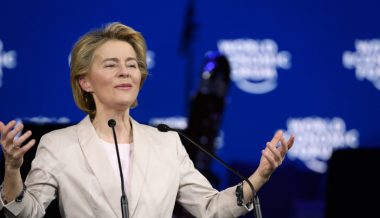