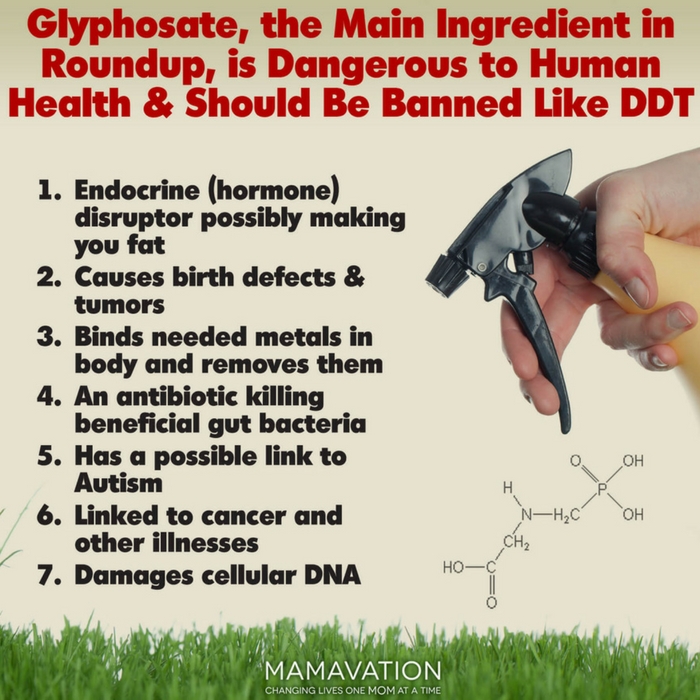 The U.S. Food and Drug Administration (FDA) has confirmed the presence of trace amounts of glyphosate in a variety of oat products, including plain and flavored oat cereals for babies. [1]

An FDA chemist compiled data and presented it to other chemists at a meeting in Florida. The evidence revealed that residues of the chemical found in Monsanto’s blockbuster Roundup pesticide was present in several types of infant oat cereal, including banana strawberry- and banana-flavored varieties.

In the sample results shared, glyphosate levels ranged from nothing detected in several different organic oat products to 1.67 parts per million (ppm).

In 2015, the World Health Organization’s (WHO) International Agency for Research on Cancer (IARC) deemed glyphosate “probably carcinogenic.” The U.S. Environmental Protection Agency (EPA), however, maintains that the chemical is “not likely” to cause cancer.

Other countries have outright rejected oats containing traces of glyphosate, including Grain Millers, a major oat buyer based in Western Canada.

Grain Millers said it would no longer purchase western Canadian oats treated with the herbicide.

In May, Taiwan recalled Quaker Oats after a random inspection by the country’s Food and Drug Administration detected glyphosate in amounts exceeding the nation’s legal limits in 10 out of 36 products.

Quaker Oats was hit with a class action lawsuit earlier that same month over its “100% natural” label after the presence of glyphosate was made public.

How Is Glyphosate Getting Into Oats?

Oats are not genetically engineered, so the chemical is finding its way into oat supplies via spraying.

Monsanto encourages farmers to spray oats and other non-GMO crops with Roundup shortly before harvest. Spraying helps to dry down and even out the maturity of the crop.

“A preharvest weed control application is an excellent management strategy to not only control perennial weeds, but to facilitate harvest management and get a head start on next year’s crop.”

In the U.S., about 100,000 pounds of glyphosate is used annually in the production of oats.

The FDA has been testing foods for residues of other chemicals for years, but has only been testing foods specifically for glyphosate since February 2016. The agency only agreed to start testing for the herbicide after independent scientists began conducting their own testing, and found glyphosate residues in flour, cereal, oatmeal, and a wide array of other foods.

It was revealed in September that the FDA had found glyphosate residues in samples of U.S. honey. The chemical was so invasive, in fact, that investigators said they had a hard time finding honey that didn’t contain glyphosate.

The FDA does not test honey and oats as part of its regular program. The 4 commodities that are part of the special assignment – corn, soy, eggs, and milk – have so far not shown any residue levels that exceed legal tolerance levels. Analysis is ongoing. [2]

Later this month, the EPA will hold 4 days of meetings with an advisory panel to discuss research pertaining to the potential link between glyphosate and cancer.