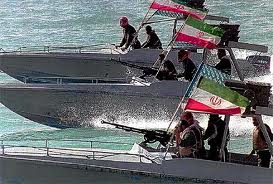 As sparks fly dangerously close to the powder keg of US-Iranian relations, speculation is rife and rumors are spreading like wildfire. Will there be a war? Who wants it? And what will happen to this very lucrative region?

Google the words “Iran”, “USA” and “war” and you get over 140 million hits. Many believe the possibility of a military conflict between the two is not even a question of “if”, but a question of “when”. And there is definitely enough evidence around to lend support to these beliefs.

Let’s break it down. Will there be a war? According to Israeli military analysts quoted by Global Research, an independent research and media organization, that possibility is “dangerously close”. But let us say analysts, especially military ones, are of the boy-scout-always-be-prepared disposition by nature. What other evidence is there?

Occam’s Razor states that the simplest explanation is the most plausible. Logic tells us to follow the money – and in this case, the cases of weapons shipped out by the US. So where are they headed to?

In October 2010, the US negotiated a $67 billion deal with Saudi Arabia to supply the latter with bunker-buster bombs, F-15 fighter jets, Black Hawk and Apache helicopters, Patriot-2 missiles and warships. It is, in simple terms, the largest bilateral weapons deal in US history.

One month later, in November, the Wall Street Journal revealed that the United States will provide the United Arab Emirates with “thousands of advanced ‘bunker-buster’ bombs and other munitions, part of a stepped-up US effort to build a regional coalition to counter Iran.”

Washington also plans to supply Stinger and other missiles to Oman. Kuwait is in for $900 million worth of Patriot missiles. And a $53-billion arms deal with Bahrain is still on the agenda – delayed only because of pressure from international lawmakers and human rights groups.

So the United States is increasing military ties with its allies, one might claim. And it is true, but all those allies are conveniently located in the Persian Gulf…right next to Iran.

It is not just weapons, either. Israel, Bahrain, Kuwait and Oman all have US military bases on their territory. This month, an additional 15,000 American troops were dispatched to the US base in Kuwait.

With the US most likely asking NATO in for a piece of the action, alliance members like Turkey are perfectly positioned to lend a helping hand. Besides being conveniently close geographically, Ankara has also been holding on to a lot of US nuclear weapons, including a large number of B61 bombs.

But all this does, effectively, is to highlight the military capabilities of the US in the region. Categorically stating all this is being done by the Department of Defense as part of a preparation for war with Iran would be irresponsible – until the Pentagon men say so themselves.

Oh wait…they have been. For years.

In late 2005, then CIA director Porter Goss, who was visiting Ankara, requested that the Turkish prime minister “provide political and logistical support for air strikes against Iranian nuclear and military targets.“

In 2006, the Israeli prime minister green-lit a military strike against Iran. Various staged war games always focused on the possibility of military conflict with Iran. And all these years later, Secretary of State Clinton’s former advisor on Iran still says Obama is more than willing to launch a pre-emptive strike.

Michel Chossudovsky, economist and director of the Centre for Research on Globalization, says there have been specific, detailed military plans for war with Iran since 2003.

“These war plans go back to the 1990s or even before that. If you look at active war plans, you can say May 2003, when the Department of Defense came up with the strategic concept plan CON8022, dubbed “Global Strike”. The framework of attacking Iran and the scenarios and the war plans have been going on for the last eight years. We have so much evidence of covert operations, of scenarios, of drone attacks, of regime change scenarios. And it’s not only the United States that are preparing. The Iranians have been preparing for this war for years. They have the S-300 missile defense system, very extensive ground forces – enough to overrun the remaining US forces in Iraq. Our estimates are that Iran can mobilize 1 million troops overnight.”

Preparations, strong allies in the region, huge defense budget for 2012 – all the signs point to the Americans getting ready for a potential war. But when – and how – does it start?

According to the editor-in-chief of Russia’s National Defense magazine, Igor Korotchenko, anything can trigger the triggers. “If the US pushes through more sanctions and Iran closes off the Strait of Hormuz in return, that could easily be enough. Basically, Washington will use any convenient reason that appears legitimate cause for the international community to attack.”

And with the upcoming US-Israeli war games in the Strait of Hormuz, analysts like Chossudovsky say a convenient reason will be very easy to come by. “The strait is very narrow. There’s not a lot of space before Iran’s territorial waters begin. And they would have to respond to a violation of its territorial waters.” He goes on to speculate that, faced with such a violation, Iran would have no choice but to send an ultimatum to the Fifth Fleet commanders there, which will be ignored for some reason. Then, according to international law, a second ultimatum. If that is ignored, Iran has no choice but to act – leaving America in its preferred position of reacting.

History does support this notion of provocation being a favored US military tactic. Richard Sanders of the Coalition Against the Arms Trade looked at US war history in detail and came out with a rather disturbing conclusion: starting from the Mexican-American War in 1846, pretext incidents have been used every time; incidents that were later disproved, or re-interpreted by historians, journalists and political committees; incidents that have become a military trademark for one of the world’s youngest, but war-hungriest nations.

Sanders’ statement is echoed by many – including Infowars.com associate editor Patrick Henningsen. Examples he highlights are historical facts that show just how manipulative the US Department of Defense can be.“This is how the US was able to fake their way into the Vietnam War, via the infamous Gulf of Tonkin Incident. Likewise, Israel’s slaughter of the USS Liberty naval crew in 1967 was designed as a false flag event, but luckily Russia intervened at the last minute before Israel could sink the American ship.”

It would not be the first time the US has tried to push Iran’s buttons. As revealed by a senior British officer a few years ago, there were times in Iraq when the US military commanders ordered British troops to prepare a full-scale ground offensive against Iranian forces that had crossed the border and grabbed disputed territory. “If we had attacked the Iranian positions, all hell would have broken loose,” the unnamed officer said.

Unfortunately, “all hell breaking loose” is a scenario that is still not off the table. Iran, while not having many allies willing to go to bat for it in the region, can still put up a fight.

Iran plays a critical role in the Persian Gulf and with its strategic geography not only dominates the Northern Gulf but the shipping lines both inside and outside the Strait of Hormuz. Iran’s leadership adheres to a “no first strike doctrine” and thus Iran has launched no wars of choice in modern history. The Iranian constitution bans the establishment of any foreign military bases in the country, even for peaceful purposes.

Following the Islamic Revolution in 1979, Iran also divided its armed forces into regular and revolutionary components. The Iran’s Revolutionary Guards is separated from the regular army and has its own Navy, Aerospace and Ground Forces, as well as Special Forces.

And past experiences have also shown that for the American Armed Forces, a war with Iran, a country that is larger in population than the four countries recently invaded by the US put together, will not be a walk in the park. The Pentagon’s own war games in 2002 showed that in the event of an armed conflict, the United States would be overwhelmed by Iran in the Persian Gulf.

As speculated by researcher and sociologist Mahdi Darius Nazemroaya, “Despite its might and shear strength, geography literally works against US naval power in the Strait of Hormuz and the Persian Gulf. The relative narrowness of the Persian Gulf makes it like a channel, at least in a strategic and military context. Figuratively speaking, the aircraft carriers and warships of the US are confined to narrow waters or are closed in within the coastal waters of the Persian Gulf. This is where the Iranian military’s advanced missile capabilities come into play. The Iranian missile and torpedo arsenal would make short work of US naval assets in the waters of the Persian Gulf where US vessels are constricted.”

Allies-wise, Iran is more or less on its own. Syria, its closest ally, is too caught up in the almost year-long violence that has been shaking the country, Armenia is a possible one and Lebanon’s Hezbollah could shift their allegiance either way. The Shanghai Cooperation Council is a regional organization that has a few powerful friends, namely China and Russia, but whether they would want to get involved in an all-out military conflict is doubtful.

A statement made by Konstantin Kosachev, chairman of the Russian Duma Committee for International Affairs, said that “a military operation against Iran could have grave consequences. And Russia should make every effort to control emotions, bring negotiations back into the field of political and expert discussion, and not allow any such action against Iran.”

This was seconded in a recent comment by Russia’s Deputy Prime Minister Dmitry Rogozin, who said that an attack on Iran will be regarded as a direct threat to Russia.

“Iran is our close neighbor, just south of the Caucasus. Should anything happen to Iran, should Iran get drawn into any political or military hardships, this will be a direct threat to our national security,” stressed Rogozin on January 13 at the Russian mission to NATO.

As for China, it is showing Tehran some support by refusing to fold under US pressure and halt oil imports from Iran. But it has never been one to show its hand before it had to, so the extent of China’s potential involvement in the conflict is also open to debate.

Some analysts, like Patrick Henningsen, believe that should other countries get drawn into the conflict, it could signify the beginning of a new, economical Cold War-era. Henningsen says that “We have the ideal set of conditions for a New Cold War to emerge in the early 21st century – one where the Western Axis powers of the US, Europe, Israel and GCC countries sit on one side, and with Iran, Syria, Pakistan, China, and perhaps Russia sitting on the opposite side. This New Cold War will be more about sub-regional dominance in terms of economics – natural gas, mineral and trade relationships, as well as petroleum – than it will about the political ideologies that seemed to dominate the previous 20th-century Cold War.”

As sparks fly and tensions reach critical points, experts and analysts argue over who will start the war, why they will start the war, how the war will develop, whether it will spill out into World War III and what will happen in the end. Opinions are varied, detailed and range from the simplistic and obvious to the complex and conspiratorial.

And the only one thing they all agree on? That it is not a matter of if the war between the United States and Iran will happen. It is a matter of when.