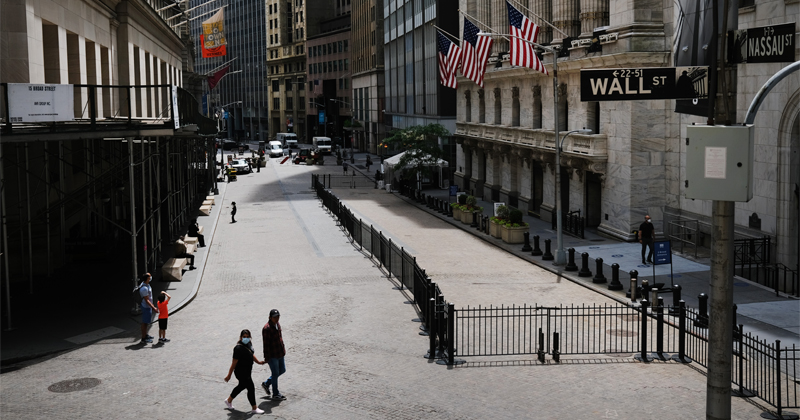 Earlier this month, the Federal Reserve announced it would begin buying individual corporate bonds. Now we have our first glimpse at what that means in practice.

On Saturday, the Fed released a disclosure statement that lists the bonds purchased by the central bank.

The amount so far is relatively modest $428 million. Junk bonds made up $15.5 million of that total.

So far, the Fed has engaged in its intervention into the corporate bond market primarily through the purchase of corporate ETFs. The central bank holds a total of $6.8 billion in bond ETFs as of June 19. That was up from $1.5 billion a month ago.

The Federal Reserve purchases corporate debt via the so-called Secondary Market Corporate Credit Facility (SMCCF). The US Treasury gave the Fed $25 billion for SMCCF as part of the CARES Act. The central bank can leverage that 10-to-1 to buy up to $250 billion in corporate paper. The Fed will create the additional $225 billion out of thin air.

The SMCCF bought bonds from 84 companies. WolfStreet summarized the portfolio this way.

“The bonds that the Fed purchased were issued by 84 companies, in industries ranging from tobacco to video games, across the spectrum of US companies, and US subsidiaries of foreign companies (such as Toyota’s US finance subsidiary). The issuers include several of Warren Buffett’s companies, all kinds of energy companies, and some junk-rated companies, such as Ford.”

According to WolfStreet’s analysis, the average bond maturity in the Fed’s portfolio comes in at 3.3 years. Maturities range from 11 months (a Chevron bond that matures in May 2021) to five years (a Honeywell bond that matures in June 2025). So far, the Fed is not holding any bonds with long-dated maturities.

AT&T topped the list. The Fed has purchased $16.5 million in that company’s debt.

One has to wonder how the Fed chooses the bonds it buys. Regardless of the criteria, the central bank is ultimately picking winners and losers. For instance, the Fed bought Southwest Airlines bonds, but you won’t find any on the list from American Airlines, Delta, or United.

Following is a list of bond purchases by the Fed along with maturity rates and total amounts compiled by WolfStreet.

As WolfStreet put it, ” the Fed has been pushing up bond prices and stock prices to bail out asset holders so that they have absolutely no skin in the crisis, and this strategy has widened by a massive amount the already huge wealth disparity between asset holders and labor in the US – and the bigger the asset holders, the more they got from the Fed.”

Nice work if you can get it.

In effect, the Fed’s foray into the corporate bond market will create artificial demand for corporate debt. It will boost bond prices higher than they otherwise would be and hold interest rates down. Ostensibly, the Fed’s tinkering will make it easier for corporations to borrow money.

In simplest terms, the central bank is manipulating the corporate bond market.