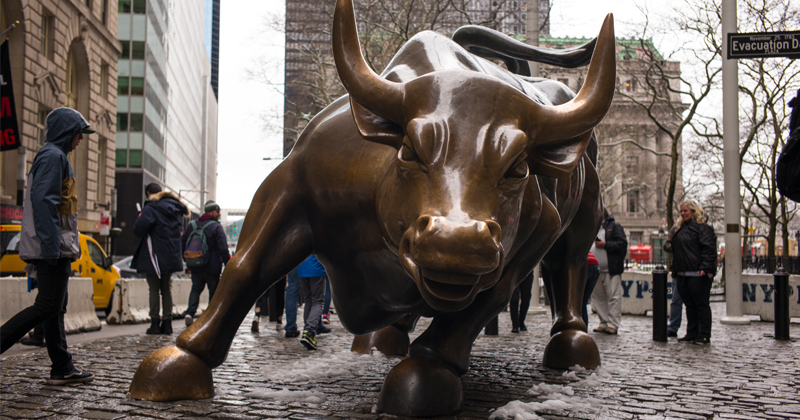 The Nasdaq and the S&P 500 closed on record highs Friday after a stronger than expected jobs report. But in his podcast, Peter Schiff said that the stock markets aren’t surging because of a great economy. They’re surging because of bad monetary policy.

The economy added 128,000 jobs in October, according to the Labor Department. That beat the expectation of 98,000. Trump economic advisor Larry Kudlow called it a great jobs report and a sign of a strong economy. In fact, Trump tweeted last week that we have the strongest economy in American history.

But Peter said the jobs report wasn’t really all that great, despite the fact that it beat expectations. And there was other economic data that came out weaker than expected last week. Peter called it a mixed bag. And the Atlanta Fed actually revised its Q4 GDP estimate down from 1.5 to 1.1.

“So hardly the strongest economy in history. And yet the markets and President Trump are certainly celebrating like the economy was strong.”

Peter said the underlying economy is weak despite the job numbers. The real reason the markets are rising is because of the Fed. As Peter discussed in his previous podcast, the Fed cut rates for the third time this year last week. More significantly, Fed chair Jerome Powell indicated that it would take a “really significant” and “persistent” move up in inflation before considering rate hikes. Basically, Powell conceded that the Fed wasn’t going to be vigilant about inflation.

“Rate hikes are the furthest thing from their mind. They’re not even considering raising rates right now. So, the only thing that they’ll do is cut rates or leave them alone … This is a very dovish stand for the Fed to take. Probably the most dovish stance I’ve ever seen the Fed take with respect to its supposed tolerance for inflation. Because, in the past, the Fed always pretended it would be vigilant and it would be more proactive when it came to inflation — that it wouldn’t wait to see the whites of inflation’s eyes. I mean, it would fire if it believed there was an inflation threat, but it didn’t actually believe one existed.”

But now the Fed is basically saying it’s going to wait until inflation is clearly a problem.

“This is a green light to the stock market. ‘Hey, don’t worry. The Fed has got your back. We’ve got the Powell Put in place. Buy stocks.’”

“That is a lot of quantitative easing. The Fed is expanding its balance sheet right now at about twice the pace that it was expanding its balance sheet when it was doing QE3. So QE4, whether they admit it or not, is much, much bigger than QE3, and it’s going to continue, and it is going to accelerate. And that is what is driving the stock market. Despite the fact that the economic data is deteriorating. Despite the fact that corporate earnings are falling, it is the Fed that is pushing this market to new highs by cutting interest rates, by indicating to the markets that they don’t have to worry about rate hikes no matter what happens with inflation. The Fed’s not going to raise interest rates. Oh, and by the way, they’re doing quantitative easing, and they’re going to print as much money as they have to keep the markets going up and to keep the economy propped up.”

Peter goes on to ponder an interesting question: what would things look like if the Fed hadn’t expanded its balance sheet by $250 billion? Obviously, it bought something with all that money.

“They are buying new highs in the stock market.”