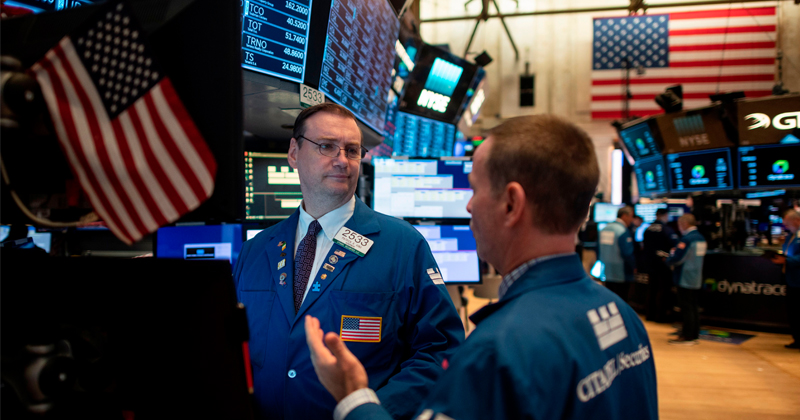 The Federal Reserve wrapped up its final Federal Open Market Committee meeting of 2019 on Wednesday doing pretty much what was expected — nothing. But in the processing of doing nothing, the central bank said a lot and managed to out-dove expectations.

After cutting interest rates three times in 2019, the FOMC stood pat during its final meeting of the year, holding the interest rate steady at 1.5%.

Despite the lack of action, the signals coming out of the Fed were pretty dovish. The so-called “dot-plot” that projects policy over the next three years anticipates no rate hikes 0r cuts in 2020 and just one increase of 25 basis points in 2021.

Jerome Powell also reiterated that it would take “a meaningful and persistent rise in inflation” before the central bank moved to push rates up.  This is exactly the scenario Peter Schiff predicted in a recent interview on RT Boom Bust.

“For a while, people were worried about rate hikes. Nobody is worried about rate hikes. The Fed has taken all rate hikes off the table. The Fed has made it clear that the only direction rates can go is down. They’re either going to stay the same, or they’re going to go down. And QE4 is now on autopilot into perpetuity. So, that’s what the markets want. They know they’re never going to have another rate hike and they’re going to have money printing as far as the eye can see, and so that’s what’s driving stocks. And I guess that’s going to continue to drive stocks until something causes that to change. And something is going to happen because the US is headed for a worse economic disaster than the one we had in 2008 and there’s no way this is good for stocks.”

Powell left the door open for the Fed to cut further. He emphasized that the FOMC does not look to its “dot plot” for monetary policy guidance. It’s “data-dependent.” He suggested that the Fed would respond with further cuts if there is weakening in the economy or if there is further pressure in the repo markets.

Keep in mind, the Fed has not only cut interest rates; it has also launched quantitative easing – although the central bankers don’t want us to call it that. Nevertheless, QE by any other name is still QE.

Gerald Celente gives his expert analysis on the current trends in the economy.

During his post FOMC press conference, Powell also said the Fed would consider expanding QE from only purchasing Treasuries to buying shorter-term coupon securities, and he said the central bank will continue injecting liquidity into the overnight repo markets.

Peter said the reason for the Fed is engaged in all of this loose monetary policy today is the exact same reason it cut rates to zero and launched three rounds of QE in the aftermath of the 2008 crash.

“To keep interest rates artificially low, to suppress the cost of borrowing, to help out all debtors so they can make payments on their debt and to keep the stock market elevated, to keep real estate prices elevated.”

As one analyst told Barron’s, “Without cutting rates, or signaling any upcoming easing, Powell and Co. managed to ‘out-dove’ expectations. Lower-for-longer remains the operative framework, even in the face of increasing underlying inflation.”

Stocks reacted positively to the dovish Fed messaging. Treasury yields and the dollar eased. Meanwhile, gold and silver were both up.

It’s important to pause and consider where we were just one year ago. During last December’s FOMC meeting, the Fed raised rates and was anticipating three rate hikes for 2019. Balance sheet reduction was on “auto-pilot.”

What a difference a year makes.

Peter predicted that the hike last December would be the last one of the cycle. Here’s what he said on Dec. 17, 2018.

And here we are.

According to a Reuters report, inflation “firmed” in November.

“The consumer price index rose 0.3% last month as households paid more for gasoline and electricity, and food prices increased for a third consecutive month. The CPI advanced 0.4% in October. In the 12 months through November, the CPI shot up 2.1% after gaining 1.8% in October.”

And this is good news, according to the mainstream pundits.

Keep in mind, despite what you hear in the mainstream financial media, there is already significant inflation. The inflation monster is lurking just around the corner, and Powel and Company have no intention of doing anything about it.

At this time last year, the FOMC’s dot plot anticipated a fed-funds rate of 2.875% at this point. That turned out to be 125 basis points above where it will end the year. Considering that trend, it wouldn’t be surprising to see rates at zero next December. 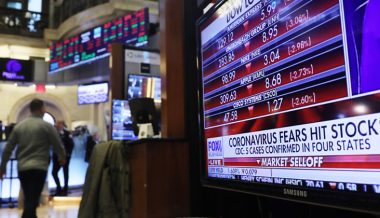