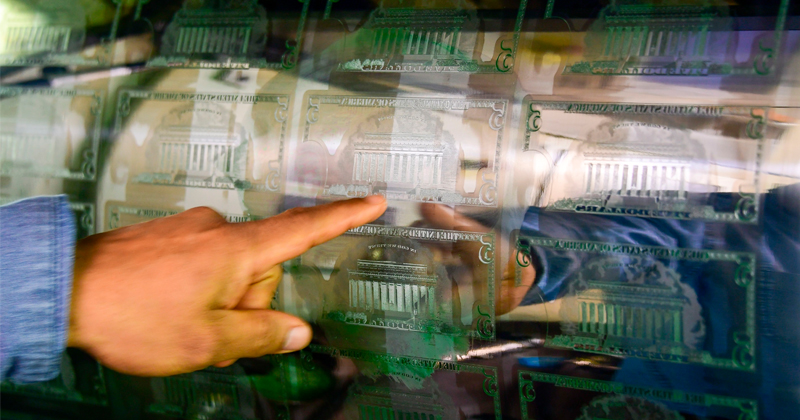 The Federal Reserve printed money for nearly a decade, and yet, inflation – as measured by the government – has been “muted.”

There are a number of explanations. For one thing, as economist Edward Stringham pointed out in a recent It’s Your Dime Interview with Mike Maharrey, the Fed has incentivized banks to hold cash. As a result, a lot of the newly minted dollars never made it into the broader economy.

But the truth of the matter is, there has been increasing inflation. As Harris Kupperman pointed out in a recent article on WolfStreet, there has actually been dramatic inflation over the last decade. It’s just hasn’t shown up in the core consumer goods that the government uses as its inflation measuring stick.

Kupperman points out that technological advancements, reduced logistical costs and excess liquidity have actually led to price deflation in food and energy.

“To say that we’ve not had inflation over the past decade is wrong; we just haven’t had inflation in places that are key components of the CPI basket.”

Kupperman says he sees some of these trends reversing and expects inflation as measured by CPI to begin ticking up in the near future.

“All the trends that were deflationary are slowly going in reverse. We haven’t seen the effects of this show up in the data yet, largely because the global economy is rapidly deteriorating, which is putting a brake on the demand side. However, even with the global economy slowing, inflation is starting to tick up in the US. Can the rest of the world be far behind us?”

“Does the ECB taking rates 10 basis points more negative do anything but accelerate the bankruptcy of the Eurozone banking system? Does it increase consumption or capital expenditures? Of course not. If anything, it just starves the system of capital by taking everyone’s return on capital investment down towards zero and below. Who invests when expected returns are negative?”

The mainstream isn’t at all worried about inflation. Economists have been conditioned to believe that central banks can just print money at will with no negative impacts. This ignores centuries of history. Currency debasement coupled with inflation has been the rule, not the exception. The last few decades have made everybody complacent.

“No one is ready for inflation, but I believe it’s coming. Maybe not today or next week, but there is a powder keg of monetary supply just waiting to be unleashed by governments who think that inflation can never happen again. At first, markets will cheer a bit of inflation—then they’ll panic.”

Peter Schiff has also been warning us about inflation. He talked about it at length in his most recent podcast. The scary thing is that the Fed has no intention of reining inflation in, even if it does rear its ugly head. Peter has been saying for years that the Fed would have to raise the inflation target because it could never maintain it without collapsing the economy.

“They would bark when it comes to fighting inflation, but they would never bite.”

Now Powell has assured the markets that he’s not going to raise rates to ward off the inflation monster.

“Really what the Powell Put was was the Fed’s assurance that under no circumstances would it consider raising interest rates. And it doesn’t matter what happens to inflation, that inflation could go up, right? That we could have higher inflation and they wouldn’t even think about raising rates. So, the only thing that can happen to rates is that they are either cut or they remain the same. So, the threat of higher interest rates, taking that completely off the table really emboldened the bulls. It’s like waving a flag at bull, like a red flag, and now they come charging because the element of fear now is gone.”

As the saying goes, this probably isn’t going to end well.