Mexican holiday trumps the Bill of Rights in t-shirt case 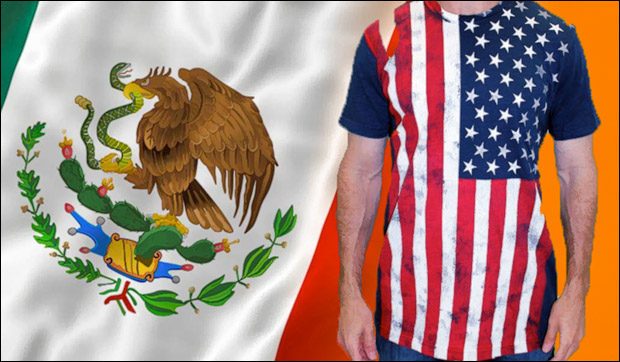 The 9th U.S. District Circuit Court has ruled that the students in a northern California high school did not have their First Amendment violated when they were ordered by officials to turn their t-shirts inside out during the Mexican Cinco de Mayo holiday.

The court said fears of racial violence by students outraged over the American flag displayed on the t-shirts outweighed the right guaranteed by the Constitution. The Live Oak High School in the San Jose suburb of Morgan Hill has experienced racial issues between Latino and white students in the past.

“Our role is not to second-guess the decision to have a Cinco de Mayo celebration or the precautions put in place to avoid violence,” Judge M. Margaret McKeown wrote for the three member panel. Racial issues unrelated to the Bill of Rights “made it reasonable for school officials to proceed as though the threat of a potentially violent disturbance was real,” she added.

William Becker, a lawyer from the American Freedom Law Center representing the students, said they will appeal the ruling.

“The 9th Circuit upheld the rights of Mexican students celebrating a holiday of another country over U.S. student proudly supporting this country,” Becker said.