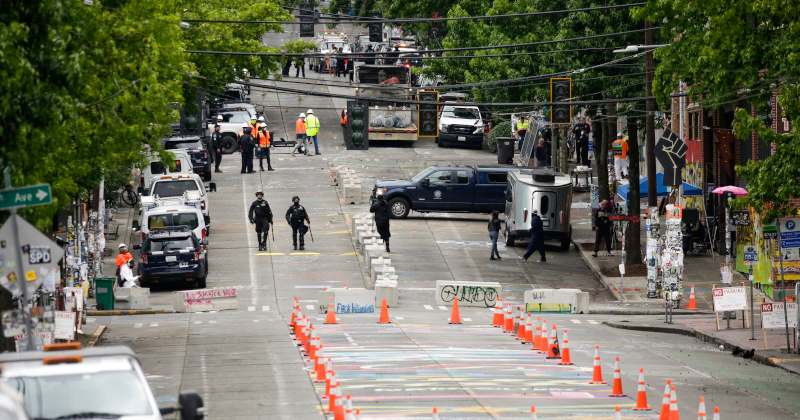 A tactical unit of federal agents has been placed on standby in Seattle to aid police should protests there spiral into unrest or rioting, the New York Times reported, a move that comes amid heated objections from local officials.

A Special Response Team operating under the authority of Customs and Border Protection (CBP) was reportedly dispatched to Seattle on Thursday, as a ‘precautionary’ measure.

“The CBP team will be on standby in the area, should they be required,” the Federal Protective Service said in a statement about the operation. An agency spokesman who declined to be named, told the NYT that the border agents were sent to back up other law enforcement in protecting federal buildings, but would only be called into the streets if protests escalate to unrest.

The decision mirrors similar efforts in Portland, where federal agents have squared off with protesters in recent days, amid weeks of heated demonstrations there that have frequently seen violent clashes between activists and law enforcement.

Earlier on Thursday, Washington Governor Jay Inslee insisted no federal agents would be used in the city, stressing that he did not want to see a repeat of Portland – where reports of ‘unmarked officers snatching protesters off the street’ have evoked sharp public outcry and clashes with the feds.

Seattle Mayor Jenny Durkan has voiced similar opposition to the use of federal law enforcers, however it isn’t clear if they will be able to prevent the deployment, as Oregon officials have taken up similar objections to no avail.

The federal units are part of a Department of Homeland Security task force created by US President Donald Trump in June. In an executive order, Trump mandated the protection of federal property and monuments – which have become frequent targets for anti-racism and police brutality protesters across the US – seeing officers from a slew of federal agencies deployed in various cities to back up local police departments.

Though most of those operations have been short-lived – some lasting only through the July 4 weekend, for example – Portland has seen a much longer deployment, as agents remain there to defend a government property besieged by protesters, including a federal courthouse.

Seattle has seen a wave of demonstrations since the death of George Floyd in a botched arrest attempt in late May, with protesters taking over the city’s Capitol Hill neighborhood for several weeks earlier this summer after police abandoned the area.

While city officials initially put up little resistance to the occupied zone – known as CHOP for short – the ‘cop-free’ encampment was dismantled after some five separate shooting incidents and several deaths.


The protests have not abated, however, as activists continue to take to the streets and escalate the demonstrations, some seen smashing up storefronts and a police station within the last week.