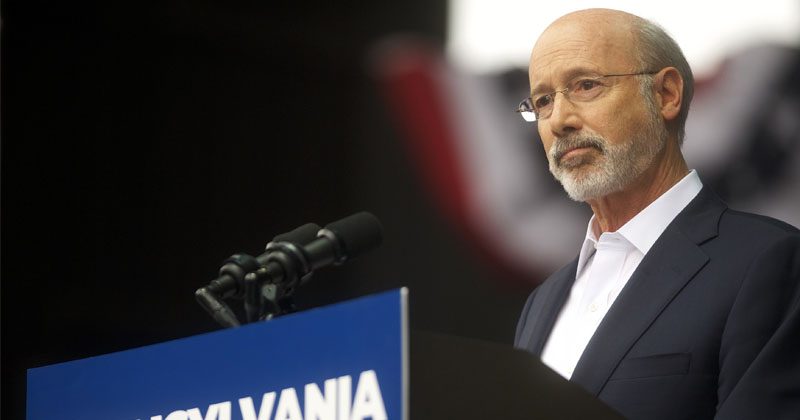 Butler, Greene, Fayette and Washington counties had filed a lawsuit in May claiming Wolf’s arbitrary shutdown orders were unconstitutional.

“The liberties protected by the Constitution are not fair-weather freedoms — in place when times are good but able to be cast aside in times of trouble,” U.S. District Judge William Stickman wrote.

“There is no question that this country has faced, and will face, emergencies of every sort. But the solution to a national crisis can never be permitted to supersede the commitment to individual liberty that stands as the foundation of the American experiment. The Constitution cannot accept the concept of a ‘new normal’ where the basic liberties of the people can be subordinated to open-ended emergency mitigation measures.”

“Rather, the Constitution sets certain lines that may not be crossed, even in an emergency. Actions taken by defendants crossed those lines. It is the duty of the court to declare those actions unconstitutional,” Stickman added.

“A total shutdown of a business with no end-date and the specter of additional, future shutdowns can cause critical damage to a business’s ability to survive, to an employee’s ability to support him/herself, and adds a government-induced cloud of uncertainty to the usual unpredictability of nature and life.”

Wolf’s office didn’t have much to say about the ruling.

“We’re aware of the ruling and are reviewing the decision,” a spokesperson for the governor’s office said.

Though the Democrat governor has lifted some restrictions since the lawsuit was filed, he’s maintained capacity restrictions and limitations on alcohol sales at bars and restaurants. He’s also imposed a gathering limit of 25 people for events held indoors and 250 people for those held outside.

Read the ruling below:

Alex Jones breaks down the alarmingly rising numbers of suicides under the COVID-19 medical tyranny lockdown.