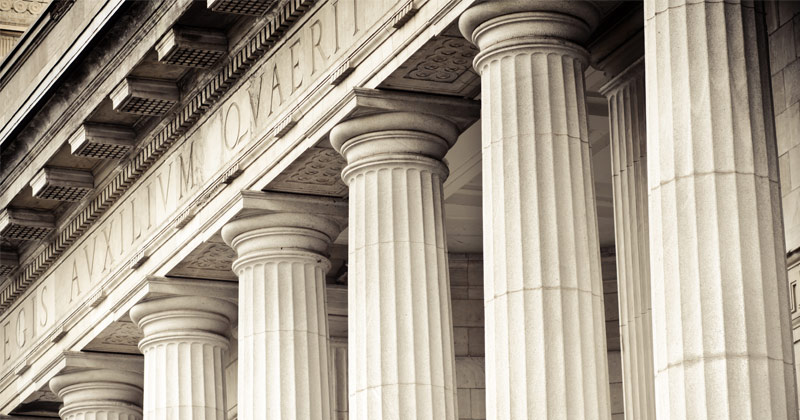 This program was inspired by the strategies employed by state troopers in New Mexico who, after pulling somebody over, asked specific questions designed to determine whether the driver might be a drug trafficker. Combined with the financial incentives of federal grants for drug enforcement and civil asset forfeiture laws, state and local police had strong new incentives to find reasons to stop vehicles and search for drugs. Operation Pipeline was meant, in part, to train officers how to legally harass drivers.

The problem, of course, was the pesky Fourth Amendment, which prohibited warrantless searches without probable cause. The “probable cause” requirement for warrantless searches is conspicuously open to interpretation, but it imposed important constraints on police harassment by placing the burden of proof on the officer to produce specific facts to justify his suspicion. In 1968, however, the Supreme Court granted the first exemption to this constraint by establishing the “stop-and-frisk” rule. In Terry v. Ohio, the Court ruled that as long as a “reasonably prudent man” would believe that a suspect might be armed, the burden of proof to show probable cause is unnecessary.

The ruling was justified out of concern for officer safety, but it paved the way for Operation Pipeline sixteen years later. The shift from “probable cause” to “reasonable suspicion,” a criterion officers could more easily meet in court, was a sufficient precedent for strategically designed traffic-stop questions to establish legally valid suspicion for vehicle drug searches. Theoretically, the courts could still strike the practice down as unconstitutional, but the Terry case proved this unlikely.

Still, there were many constitutional questions for the Supreme Court to work out. Unsurprisingly, the court served as “loyal foot soldiers” in the Drug war, as Justice Stevens put it, by sanctioning virtually every tactic the police invented, no matter how egregiously it violated civil liberties.

The first important ruling on roadway privacy came in 1991. In Florida v. Bostick, two officers boarded a Greyhound bus in Fort Lauderdale and woke up a sleeping passenger named Terrance Bostick. When the officers asked permission to search Bostick’s bags, he complied, despite possessing a pound of cocaine. However, when Bostick went to court, his attorney’s argued that the police officers had neither probable cause nor reasonable suspicion to justify the search of Bostick’s luggage, and therefore the cocaine should be inadmissible in court. Florida’s State Supreme Court ruled in Bostick’s favor, claiming that bus searches are inherently unconstitutional because the police did not allow passengers to leave the bus during the raid. The case went to the US Supreme Court who reversed the decision, claiming that even though the officers were effectively holding Bostick and other passengers hostage, “a reasonable person” would have felt perfectly comfortable denying armed police officers the right to search his luggage.

With this ruling, the loose “reasonable suspicion” requirement expanded officer prerogative in any situation in which they could show that their searches were voluntary. This changed the way officers were trained to give orders. Like contestants on Jeopardy, officers were taught to give their orders in the form of a question— “Will you put your hands against the wall while we search you?” for example. The courts made this easier by interpreting silence as consent, establishing “consent searches” as standard and legal police practices.

Although Florida v. Bostick took place on a bus as part of highway monitoring activities, the ruling did not clarify any legal boundaries for traffic stops. This came five years later in the case Whren v. United States. After pulling Michael Whren over, a police officer arrested him for possession of crack cocaine. By the officer’s own admission, he pulled Whren over because he suspected him of possessing drugs, but officially, the stop was justified because Whren failed to use his turn signal. The defense argued that the Fourth Amendment prohibited the use of a minor traffic violation as a pretext for a drug search, so the drugs should be inadmissible in court.

The Supreme Court unanimously upheld Whren’s conviction, though, establishing two important precedents. First, they declared that the officer’s intentions are irrelevant as long as there is any objective criteria that could justify the traffic stop — and given the endless list of traffic laws, this ruling effectively grants officers unlimited discretion in pulling drivers over. Second, the decision settled the legal debate over “pretext stops,” the use of minor traffic violations as a pretext for vehicle drug searches.

Even after the Whren ruling, civilians still theoretically have the right to refuse searches, based on the absurd notion that a “reasonable person” would feel free to deny an officer’s request, as established by Bostick. A few months after Whren, though, the Ohio court implicitly rejected the Bostick ruling. After Robert Robinette was pulled over for speeding, he consented to a search of his vehicle— illustrating the tactics of both pretext stops and consent searches in the Drug War. When officers discovered a small amount of cannabis and a single amphetamine pill, they arrested Robinette. Because Ohio v. Robinette reached the state court prior to the final Whren ruling, the pretext stop controversy was still an open question, which made the case viable. But what made the Robinette case important was that the Ohio court pushed back against the Bostick argument by stipulating that for a reasonable person to feel comfortable denying consent to a search, the officers had to inform the driver that they had the right to refuse. It was this stipulation that took Robinette to the higher court, at which point SCOTUS overturned the ruling for being “unrealistic.”

According to SCOTUS, it is more realistic for an untrained civilian to know their rights, which are apparently subject to constant change, than it is for professional police officers to inform drivers of their rights to refuse a search. Taking these expectations to a new extreme, the 2001 case Atwater v. Lago Vista ruled that officers had the legal right to arrest drivers who violated misdemeanor traffic stops, even if the punishment for the violation was a fine, rather than jail time. With this ruling, the court’s imaginary “reasonable person” would presumably know that if they refused to consent to a drug search, they faced the risk of being handcuffed for whatever petty infraction got them pulled over. None of this matters in the twisted logic of the criminal justice system, of course.

To complete the remarkable expansion of highway monitoring prerogatives, the 2004 case Illinois v Caballesruled that it did not legally constitute a search, regardless of consent or pretext, for officers to walk drug-sniffing dogs around a person’s vehicle. Given the precedents established in the previous cases, it may seem that this ruling added no discretionary power the police did not already possess, but this is not quite true. Checkpoints are usually justified as searching for drunk drivers, but they have also been established to randomly verify that drivers have valid licenses, vehicle registrations, and car insurance. In some cases, as James Bovard has noted, the police had no qualms admitting that the true reason for the checkpoints was random drug searches. But sobriety checkpoints fail to meet even the loose requirements of pretext stops, and every now and then, police run into civilians who actually know their rights and refuse to consent to searches. In the Cabellas ruling, the court claimed that drug dogs do not violate the Fourth Amendment, and if the dog signals the presence of drugs, the officers have probable cause to search the vehicle without consent. Even after a recent case has demonstrated that drug-sniffing dogs have a roughly fifty percent accuracy rate, the courts have continued to uphold the practice.

The result is that the police now enjoy unlimited reign in harassing, searching, and arresting drivers. Motivated by civil forfeiture laws that empower them to confiscate civilian property without charging the victim with a crime, the police have institutionalized the practice of conducting mass road stops as means of searching civilians for property to confiscate (a practice recently curtailed by a SCOTUS ruling, but not eliminated). Highway robbery has been legally sanctioned and encouraged by all branches of the federal government, so that state and local police forces can only accurately be understood is roadway pirates.

During a recent congressional testimony, the Intelligence Committee learns of the depths to which the Democrats are funded and answer to the ChiComs.