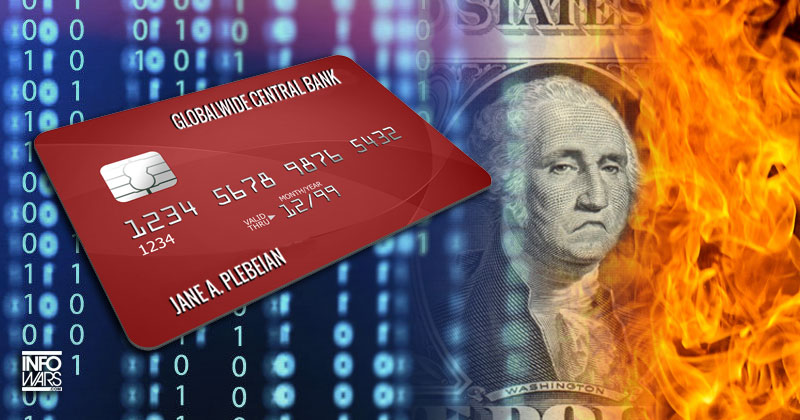 It was terrible Christmas present. The Santa Claus of the Federal Reserve, Janet Yellen, raised interest rates a week before the holiday.

Boom. A month later the stock market tanked. Economic coal in the stocking hung not so carefully over the mantle.

The Fed’s decision was not predicated on current inflation. It looked into its murky crystal ball and saw future inflation.

Hurdles have appeared, but the Fed has ignored them. The oil glut and falling prices have done little to nudge consumers into spending. Even with artifically inflated share prices, corporate profitability is tumbling. Industrial production is flat. A relatively strong dollar has made imported products cheaper. The Great recession refuses to abate.

Wall Street carnage is now the norm. Last week the Dow, S&P and the Nasdaq all took a serious beating. The bear market is triumphant. Trillions of dollars of stock market value evaporated over night. Junk bonds have been hammered. Investors are scrambling for shelter.

“If I am right and we have just seen a cyclical bull market within a secular bear market, then the next recession will spell real trouble for investors ill-prepared for equity valuations to fall to new lows,” warned the Societe Generale economist Albert Edwards.

“Most believe a 75% equity bear market to be impossible. But those same people said something similar prior to the 2008 Global Financial Crisis. They, including the Fed, failed to predict the vulnerability of the US economy that would fall into deep recession, well before Lehman’s went bust in September 2008.”

The end game is now in sight.

A Weapon to Outlaw Cash

In order for this to work the government must abolish cash.

For the Fed and the bankers it serves, this is a wonderful idea. They want central control of the economy. In order to get the economy moving—and conversely slow it down—they can tax your excess account balance or raise the interest paid on account holdings. Monetary policy will be enforced with the flick of a switch.

“Such an approach would be a far more effective way to damp an overheated economy than today’s blunt tool of a rise in the central bank’s official interest rate,” notes Jim Leaviss.

For now, this scenario seems like a somewhat farfetched attempt to control the economy and dictate the spending and saving habits of Americans.

It may arrive sooner than you think.

“There’s a serious counterattack coming. It will be an attack on our supply lines. The cronies and the feds will attempt to cut off our finances and our line of retreat, trapping us between the anvil of the market’s deflation and the hammer of the Fed’s inflation. There will be no escape, no way out,” writes Bill Bonner.

“You will be completely surrounded. If the feds want to force you to spend… or invest… your money, they will simply impose a ‘negative interest rate.’ They will do this by simply imposing a fee, or tax, on deposits greater than the interest rate you receive on your savings.”