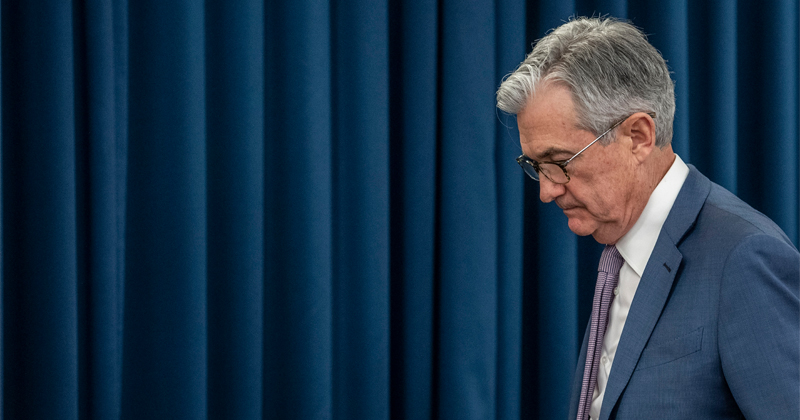 The Fed is currently undertaking one of the trickiest projects it has ever taken on: lending $600 billion directly to companies that need it.

It’s an area where the Fed hasn’t really ventured, as the WSJ points out, and one that puts them far closer to the realm of directing fiscal policy in the country than they have ever been.

In other words, it’s a political and financial headache – even for the Fed.

The goal of the program is to get cash to companies that are too large to get small business loans, but too small to benefit from the Fed’s other genius programs, like buying junk bond ETFs.

The Fed’s middle market “Main Street” program instead allows companies to get loans from banks, who turn around and sell up to 95% of the debt to the Fed. In other words, the Fed is hell-bent on becoming the world’s worst counterparty.

The move is part of a broader response by the Fed, who initially sought to un-freeze credit markets after the coronavirus pandemic started. According to former Fed chair Ben Bernanke, the Fed’s biggest challenge is now “making these programs work”.

A major challenge is the obvious: how do you make the Fed’s balance sheet become more than just a dumping ground for toxic loans? Former Fed chair Janet Yellen even addressed that issue: “The Main Street program is going to be tremendously complicated. One of the problems with this program is that it may turn out to be insufficiently generous.”

The Fed remains sensitive to political blowback, like the kind it faced after 2008, which could be prompting them to do far more than they need – or should – be doing. Regardless, the political buy-in remains key for the Central Bank. Chicago Fed President Charles Evans said:  “It’s very important if you’re going to engage in this, that you get take-up.”

The Fed says it is working to “fine tune” the program. “We’re learning as we go,” said Fed Chairman Jerome Powell last week. Meanwhile, the Fed has had to use “special powers granted by congress and the Hoover administration” to make these types of loans.

The Main Street program, which is a result of discussions between Jay Powell and Steve Mnuchin, is open to companies with up to 15,000 employees or less than $5 billion revenue. More than 19,000 companies had between 500 and 15,000 employees in 2017 and they collectively employed between 30 and 40 million people.

Under the program, banks can lend up to $25 million in new loans or refinance up to $200 million in an existing loan if a firm’s total debt. Senator Mark Warner has been advocating for loan forgiveness in the program – also known as just handing out billions of dollars in free money – but the Fed has pushed back. Barely.

Other economists have suggested that perhaps the Fed loosen eligibility terms and lower the rate it charges borrowers. The Fed has already modified the terms of the program to allow larger companies and companies with larger debt loans to qualify.

For David French, senior vice president of government relations at the National Retail Federation, that still isn’t enough: “While those are positive steps, they still have left in place a default bias against assuming too much risk in this program, and as long as that bias is in place, they’re sending the wrong signal to banks about making these loans.”

Mnuchin responded: “I don’t view the success of Main Street as whether we originate $50 billion or $500 billion. The measure of success is, ‘Do companies have access to capital, either through the facilities or the banks?’”

Warner said: “Most of my colleagues presumed that all of the Cares money would be spent and not recouped. What happens if this facility is set up and nobody comes? It’s a valid concern.”