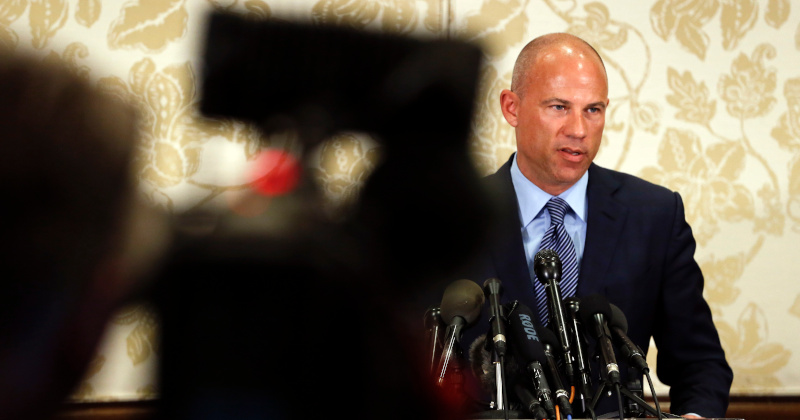 According to Fox News and an updated indictment filed on Wednesday, prosecutors are dropping two counts of conspiracy against Avenatti in a case that accused him of trying to shake down Nike for $25 million.

The revised indictment also clears celebrity lawyer Mark Geragos of being an unindicted co-conspirator, which is surely a relief for the attorney.

Former CIA coup expert Steve Pieczenik lays out the deep state’s plan to overthrow Trump and how to stop it.

Still, it wasn’t all good news for Avenatti: Prosecutors have added a single count of honest services wire fraud.

Avenatti pleaded not guilty to the now-dropped charges after he was arrested by federal agents in a spectacular incident that attracted reams of media attention.

It started when Avenatti approached Nike’s lawyers to ask for a meeting.

During the meeting, he revealed that he had built a case against Nike for illegally sponsoring high school and youth athletes.

Avenatti threatened to go public with the information, unless Nike fessed up and hired him to conduct an internal investigation with a major payout.

Avenatti’s fee was peanuts compared to the hike in Nike’s market cap should he go public with his claims, Avenatti warned.

Feeling threatened, the lawyers contacted federal prosecutors. Under the suspicion that Avenatti crossed the line into blackmail and extortion territory, federal agents decided to wire the lawyers for a second meeting with Avenatti, where he used infamously coarse language to browbeat and threaten Nike.

Avenatti was arrested soon after.

On Wednesday, the disgraced lawyer tweeted that he was “extremely pleased that the two counts alleging I engaged in a conspiracy against Nike” have been dropped.

I am extremely pleased that the two counts alleging I engaged in a conspiracy against Nike have just been dismissed by Trump’s DOJ. I expect to be fully exonerated when it is all said and done.

Losing the conspiracy charges is definitely a win for Avenatti, but he’s still facing a mountain of legal troubles, including fraud charges in Los Angeles federal court pertaining to his alleged cheating of a client out of settlement money, which Avenatti diverted to help support a failing business he owned.