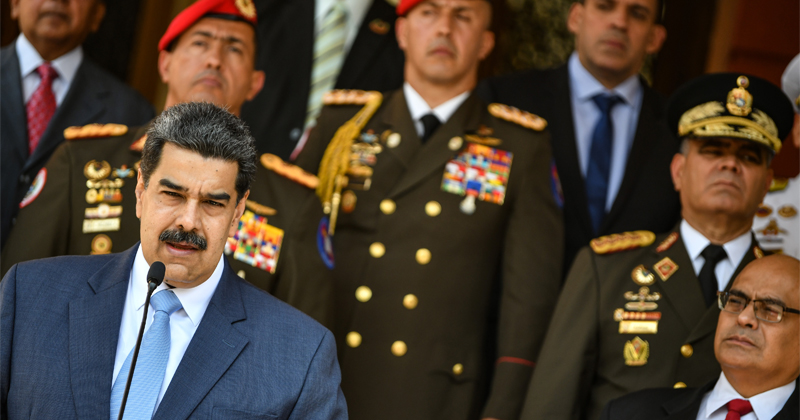 The US offered a series of rewards for information on five top officials in the government of Venezuelan President Nicolas Maduro, including $15 million for Maduro himself, based on charges of drug trafficking, Secretary of State Mike Pompeo announced in a press release on Thursday.

“The Department of Justice is announcing the unsealing of a superseding indictment filed in the Southern District of New York against four defendants, including Nicolas Maduro as well as the current head of Venezuela’s constituent assembly, the former director of military intelligence and former high-ranking general for their involvement in narco-terrorism,” Barr said.
US Attorney for the Southern District of New York Geoffrey Berman added that Maduro faces a minimum of 50 years in prison and a maximum life sentence for the charges.

Besides bringing criminal charges, the US State Department offered a series of rewards for information on five top officials in the government of Venezuelan President Nicolas Maduro, including $15 million for Maduro himself.

“The Department is offering a reward of up to $15 million for information related to Nicolas Maduro Moros. The Department is also offering rewards of up to $10 million each for information related to four other Venezuelan officials,” the release said.
According to US officials, Maduro was the leader of a cocaine trafficking group called “The Cartel of the Suns” that involved senior politicians and Venezuelan military and judiciary members.

The announcement comes hot on the heels after US Senator Marco Rubio announced the move in his Twitter.

Today, Nicolas Maduro will be indicted by the Justice Department and charged with narco-terrorism,” Rubio said via Twitter.


At the same time, the first report of the upcoming charges was brought by CNN earlier on Thursday, saying that the United States was set to designate Venezuela as a state sponsor of terrorism and bring criminal charges against President Nicolas Maduro.

The designation and the charges are expected to be made later on Thursday, while US Attorney General William Barr is expected to make the announcement at a news conference.

As the Democrats begin closing gun stores and prepping the population for martial law, they declare that abortion is essential.