Federal agents are on “a higher state of alert” because of hate talk by white supremacists about Barack Obama’s inauguration, officials told the Daily News on Tuesday.

“That chatter is out there, no doubt about it,” one senior FBI agent in Washington said this afternoon, adding that no credible plots against the 56th Presidential Inauguration have been detected.

The Bureau has ordered agents in all 56 field offices to “shake the trees” in advance of the Jan. 20 swearing-in of the 44th President, who will become the first African-American to occupy the Oval Office.

“They’re talking to sources to determine if there is any threat information in regard to the Inauguration,” the FBI source said.

“Everybody in law enforcement dealing with that particular (white supremacist) ‘clientele’ is on a higher state of alert,” a senior agent at the Bureau of Alcohol, Tobacco, Firearms and Explosives told The News.

The ATF has expertise infiltrating white supremacist groups. A classified threat assessment for the Inauguration by the FBI and Homeland Security Department citing agitated hate groups was sent to police agencies this week.

Counterterrorism officials have also picked up chatter from Islamic militants, but the agitated domestic hate groups are “the big concern,” said another FBI official.

But Secret Service Director Mark Sullivan told reporters at a briefing with local officials: “We have no credible intelligence to suggest a credible threat (to Obama’s Inauguration).” 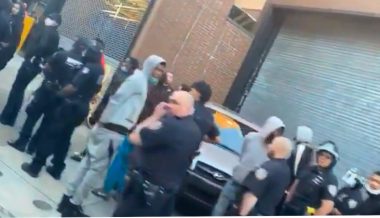