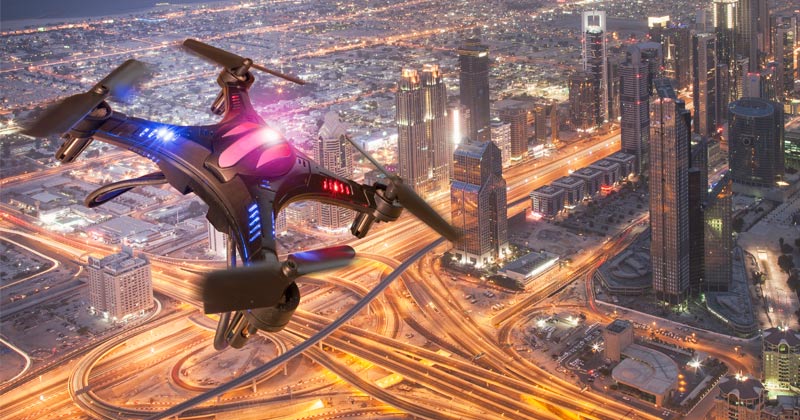 The U.S. government is researching 5G capabilities to operate a “swarm of drones” that talk to each other through “machine to machine” (M2M) communication, operating as a hive mind in the skies.

The Dept. of Energy is already working with government contractors in Idaho to expand upon a “novel 5G wireless network” that can bypass current line-of-site distance limitations of drones by “using a commercial wireless service that provides adequate RF coverage,” according to a government solicitation from December.

But because current, non-5G RF coverage is intended for cellular users who are with 400 feet of the ground, the government is interested in using 5G technology for drones that can allow them to issue commands to each another in flight.

“Co-operative communications among the swarm of drones will further increase security, reliability, and spectral efficiency when compared to existing methods,” the solicitation reads.

The Dept. of Energy has also revealed some of the official uses for the “swarm of drones.”

“The use of Unmanned Aerial Vehicles (UAVs) or drones for non-military applications has been advancing rapidly for many applications in the United States,” the solicitation added. “Those applications include the public safety search and rescue of natural disaster victims, surveillance of remote critical infrastructure, surveys of environmental quality in protected regions, and detection of threats during major public events.”

Recently, local residents have expressed concerns over fleets of mysterious drones that have been operating in federal airspace in Colorado, Nebraska and Kansas, although these mystery fleets may not be associated to the 5G fleets being developed in Idaho.

The mystery sightings have sparked enough concern to prompt a multi-agency task force to investigate the sightings because even federal investigators are unaware of what’s going on.