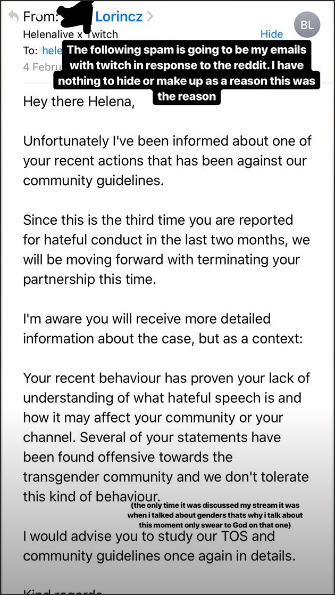 A female gamer on Twitch was banned from the popular streaming platform for stating she believed there are only two genders.

In a Monday email from Twitch to Greek streamer Helena Karamanidou, known as HelenaLive on the platform, she was informed she’d violated community guidelines by engaging in “hateful conduct” against the transgender community.

“Based on a review of your activity or content, we have issued a Community Guidelines strike on your account. As a result, your access to Twitch services is restricted,” the email from Twitch Staff reads, adding that the suspension is “indefinite.”

In an email exchange with Twitch representatives, Karamanidou was told she’d already violated community guidelines twice previously and this time crossed the line by insulting the transgender community.

“Your recent behaviour has proven your lack of understanding of what hateful speech is and how it may affect your community or your channel. Several of your statements have been found offensive towards the transgender community and we don’t tolerate this kind of behaviour.”

After a back and forth essentially begging Twitch not to take down her channel, as it’s one of her income sources, Karamanidou was banned permanently.

She defended herself in a livestream uploaded to YouTube and discussed the circumstances that led to her ban.

“If you want to know why I got banned this is why I got banned – I was saying on stream that I think biologically there’s two genders. I think there’s the woman and the man. That’s what biology tells us. I specifically said it’s ok if the man wants to be a woman and the woman wants to be a man, you cannot be anything in between. I said I supported the transgender community, I never said I didn’t. They banned me because I said there’s two genders or sexes. That’s why I got permanently banned from Twitch. Are you actually kidding me right now?”

“I got banned on Twitch permanently for saying that I think, I believe there are two sexes,” Karamanidou added. 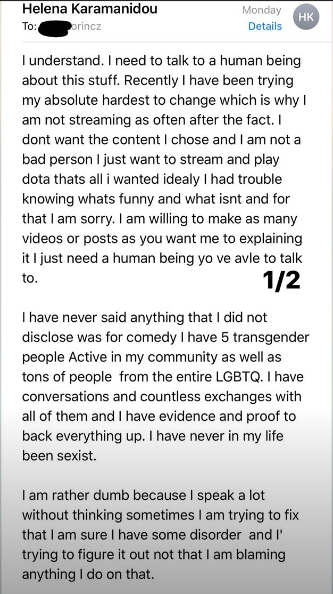 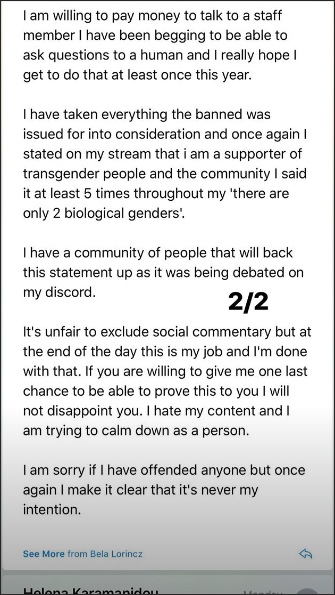 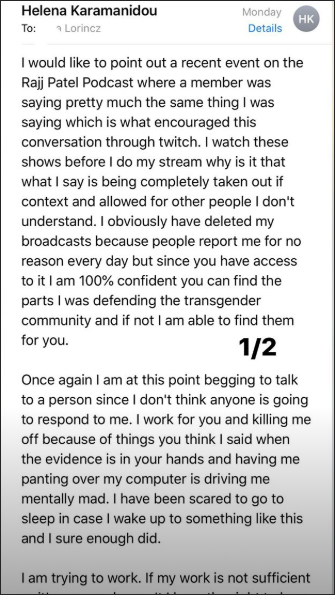 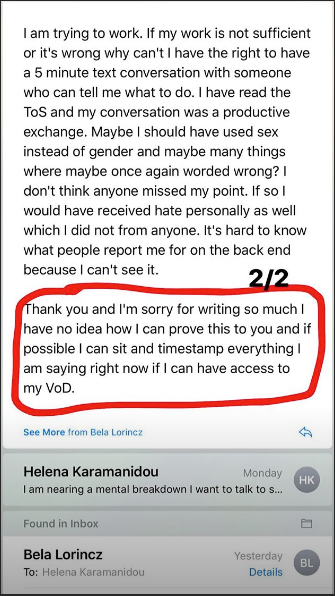 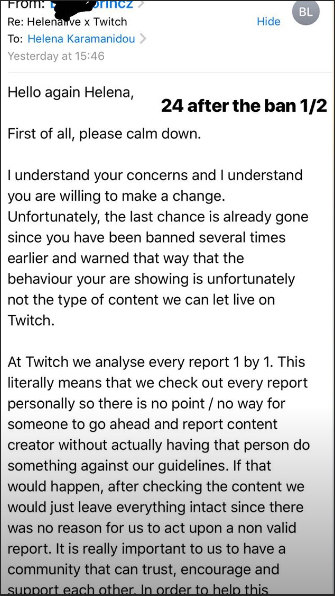 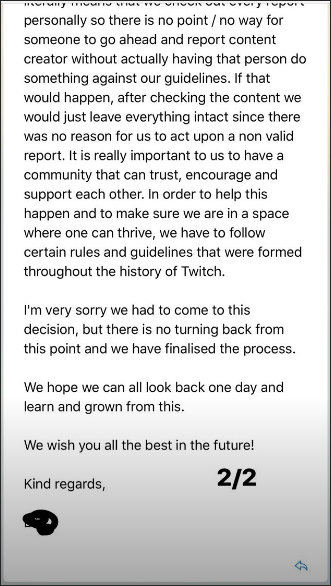 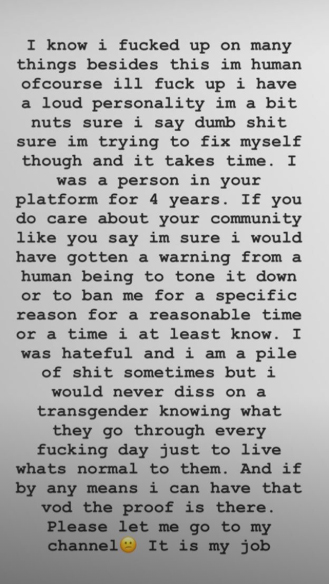 Karamanidou’s channel had over 300,000 followers with over 10.7 million views.