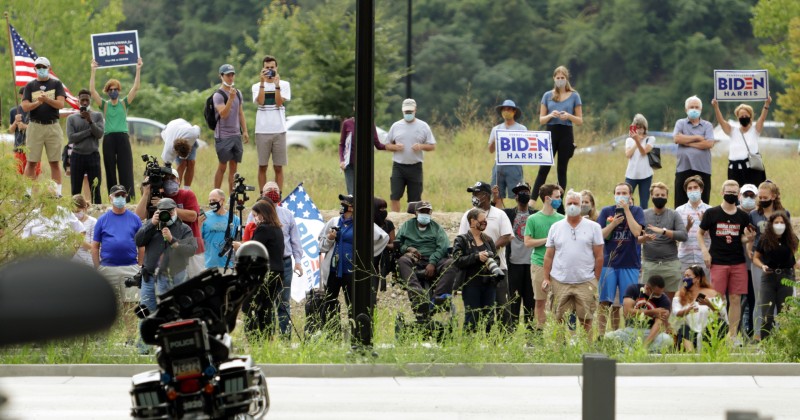 A few dozen supporters showed up outside Joe Biden’s “big speech” in Pittsburg, Penn., on Monday.

The entire crowd size was apparently captured in a 19-second video:

Here are the people who showed up for Biden's big speech in Pittsburgh today pic.twitter.com/Oegbts8avA

It was a rare public appearance by Biden, 77, who had spent the past few months campaigning literally from his basement.

Interestingly, Biden didn’t take any questions from the media during his pre-planned speech, despite the fact that there were only a few reporters present: 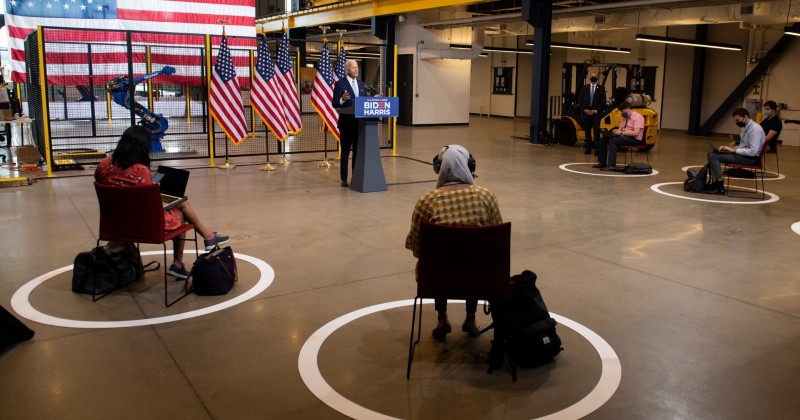 The crowd size might be why some top Democrats are already worried about the 2020 election, as Trump had far more supporters in Portland, Ore., of all places over the weekend despite not actually being there.

Biden finally left his basement after his poll numbers plummeted due to increasing public backlash against mass rioting and looting across the country, but to turn the tide, Democrats would have to join Trump in completely condemning the unrest.

“This may not be easy however, given that top Democrats have called for daily demonstrations (e.g. Kamala Harris) and rallied their base around the theme of defunding police and would need to effectively adopt Trump’s policy after three months as a reaction to polls. Some party officials already rationalized or promoted the behavior,” reported Zero Hedge.

Just like in 2016, Trump once again leads the race in voter enthusiasm – and in terms of issues important to swing voters.

These voters in Florida have absolutely no clue what Joe Biden stands for.