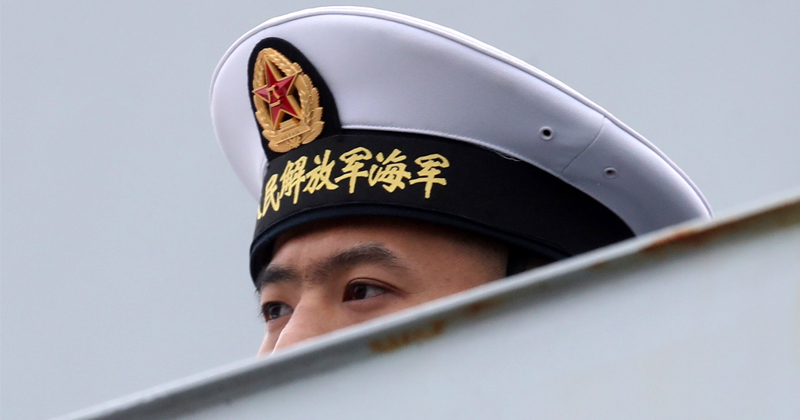 The vessel, a souped up version of a Soviet-era Kuznetsov-class aircraft carrier, was originally purported by Chinese state media to come equipped with 36 J-15 fighter jets, or three squadrons, and was touted to have a capacity which far surpassed that of Liaoning, China’s first aircraft carrier, a Kuznetsov-class ship which Beijing purchased from Ukraine and then modified.

However, military experts who examined a recent public television broadcast of the Shandong say there were only enough PLAN fighter pilots in attendance to make up two complete J-15 squadrons.

“The standard ratio of carrier-based fighter jets to pilots is [2:3],” Beijing-based naval expert Li Jie told the South China Morning Post earlier this week. “The Shandong won’t have many fighter jets because it is just entering its initial commissioning period.”

While Li appeared optimistic regarding the future of fighter jet numbers on the Shandong, military expert Zhou Chenming, also based out of Beijing, said the original estimate of three J-15 squadrons is not realistic. “The J-15 is quite big, and it’s impossible for an aircraft carrier to only carry fighter jets,” he expressed to the outlet.

In addition to the 24 J-15 fighters, the Shandong, also known as the Type 001A, is expected to carry an additional 24 aircraft that range from a J-15 electronic jamming variant to several different helicopters.


Zhou explained to the SCMP that “helicopters play a key role in alerting and watching take-off and launches of carrier-based fighter jets. They are also needed for rescues and other missions like transporting troops and equipment.”

Additionally, the J-15 is regarded as the heaviest carrier-based fighter jet in active use – which possibly explains why PLAN’s sole fighter jet has a much longer takeoff time on the Liaoning and Shandong than similar aircraft on US counterparts.

Measuring in at 24 meters long, the J-15 is longer by two meters when compared to the J-20, a proven plane that entered Chinese service in 2017. The practicality of the aircraft has long been questioned even by the Chinese media, which has in the past referred to the J-15 as a “flopping fish” due to it’s limited usefulness to the service.

“The steam catapults on the US Nimitz-class aircraft carrier take about 45 seconds to launch an aircraft, but the ski-jump ramp takes 1½ to two minutes,” Li told the SCMP. According to an unnamed source close to the Chinese Navy, a Nimitz-class ship can launch an estimated 40 jets in the time it takes 14 J-15 jets to take off from the Liaoning.