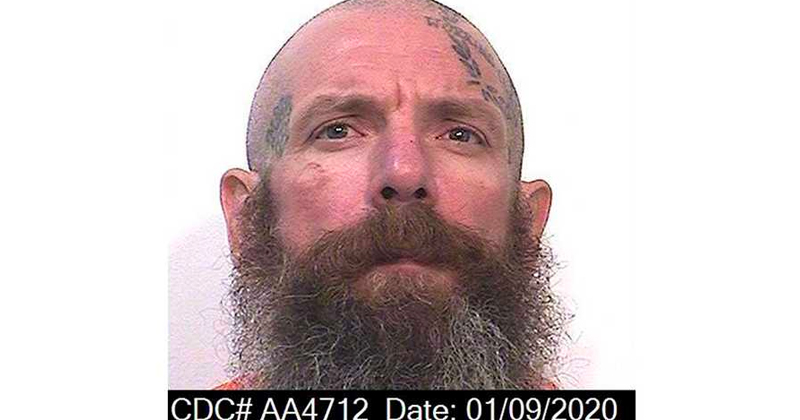 A man serving a life sentence in a California prison murdered two convicted pedophiles while behind bars, according to a recent confession.

Jonathan Watson, 41, wrote in a letter received this week by Bay Area News Group that on Jan. 21 he beat two fellow inmates over the head, killing them.

Both prisoners, David Bobb, 48, and Graham De Luis-Conti, 62, were serving life sentences for sexual assault of children under the age of 14.

Watson, who was convicted of murder in 2009, claimed he went after the two men after a counselor at the state prison in Corcoran allegedly failed to provide the help he sought.

In his letter, Watson recounted that six days after he arrived at the prison, he and other convicts felt taunted by one of the pedophiles who was watching PBS Kids.

Watson said the incident gave him trouble sleeping “having not done what every instinct told me I should’ve done right then and there.”

The next day Watson says he asked to be transferred to a higher security area of the prison, admitting to a counselor he needed to move “before I really (expletive) one of these dudes up.”

After being “scoffed [at] and dismissed” by the counselor, he headed back to his housing pod where he encountered “Molester #1.”

“I was mulling it all over when along came Molester #1 and he put his TV right on PBS Kids again,” the letter from Watson reportedly reads. “But this time, someone else said something to the effect of ‘Is this guy really going to watch this right in front of us?’ and I recall saying, ‘I got this.’ And I picked up the cane and went to work on him.”

Watson says he was on his way to turn himself into a guard when he crossed paths with a known child trafficker “and I figured I’d just do everybody a favor,” adding, “In for a penny, in for a pound.”

He claimed he told a guard on his way out what he’d done and that he wasn’t believed “until he looked around the corner and saw the mess I’d left in the dorm area.”

Watson noted being sentenced to life has its advantages.

“Being a lifer, I’m in a unique position where I sometimes have access to these people and I have so little to lose,” Watson wrote. “And trust me, we get it, these people are every parents’ worst nightmare.”

Following news of Watson’s actions, he was hailed as a hero on social media.

That should count as paying back his debt to society

I see no issue. Let him in the yard with some more

Somebody deserves an extra pudding at lunch

Not all heroes wear a cape 👇🏻 pic.twitter.com/M3JJWOEHdm

The Associated Press reports Watson was put in segregated housing following his confession.

In this exclusive interview from the Infowars archives, circa 2001, Alex Jones speaks with John DeCamp, the Nebraskan Senator who uncovered a major, criminal operation that undoubtedly revealed pedophilic activities which were tied to major players in the Republican Party, including the Reagan White House.