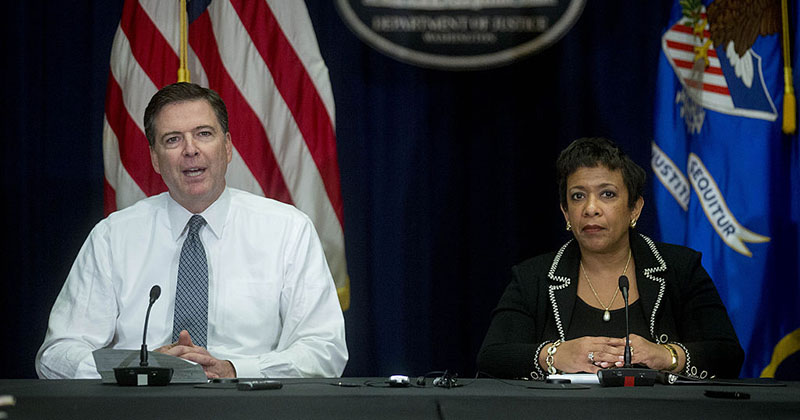 Reps. Matt Gaetz (R-FL) and Ron DeSantis (R-FL) are among the 11 members of Congress who want an investigation into violations covering everything from the anti-Trump Steele Dossier funding, to the handling of Clinton’s email probe, to the Uranium One scandal.

“In doing so, we are especially mindful of the dissimilar degrees of overzealousness that has marked the investigations into Former Secretary of State Hillary Clinton and the presidential campaign of Donald Trump, respectively.”

“Because we believe that those in positions of high authority should be treated the same as every other American, we want to be sure that the potential violations of law outlined below are vetted appropriately.”

Unfortunately, the letter doesn’t include former CIA Director John Brennan, who likely committed perjury to Congress, and former President Barack Obama, who approved of unconstitutional wiretapping in Trump Tower based on the discredited Steele Dossier and coordinated with Comey and McCabe over Clinton’s email probe.

Read the full letter below: