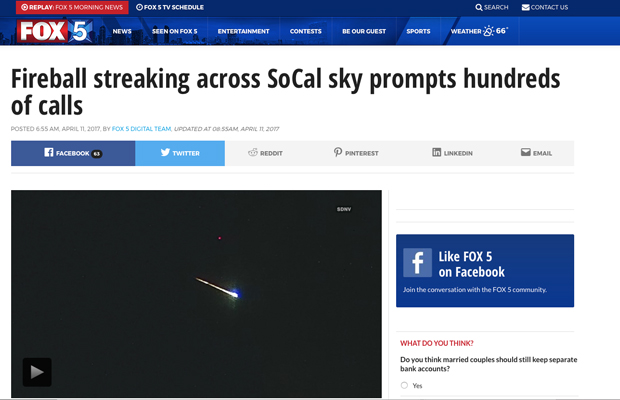 A “bright, pulsing orb” streaking across the sky was spotted off the California coast after US and Canadian anti-submarine aircraft conducted an unusual patrol of the area.

The green “fireball” occurred on Monday night near an area of ocean where numerous, low-flying sub-hunting aircraft, including a Navy EP-3E Aries II, a Navy P-3C Orion, and a Boeing P-8 Poseidon, spent several hours circling, a patrol which military observers described as odd and unlike routine exercises.

Just saw a bright green flash of light over #sandiego . What was it? @KUSINews @nbcsandiego pic.twitter.com/Ff3ZD5MRqZ 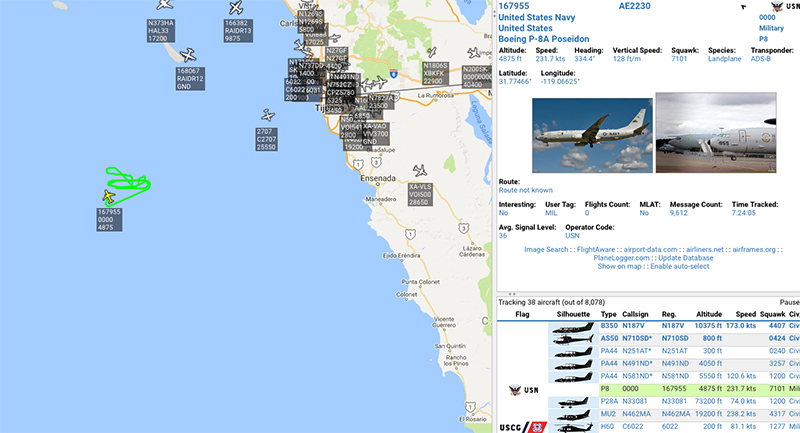 The exploding streak was bright enough for thousands of Southern California residents to see off the coast, and after local media reported on the orb, the National Weather Service claimed it was possibly a “meteor.” 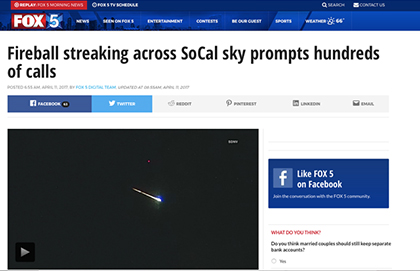 But given the known military activity in the area, the fireball described by eyewitnesses could have also been a missile test, a military attack, a training accident, a failed missile launch or explosions set off by a submarine crew trying to scuttle their ship to prevent capture.

“Something green lit up the sky right now. I’m in East Lake and I saw it and my mom in National City saw it too 20 miles away. Like a comet,” resident Travis Desmond told local news.

In 2015, the Pentagon admitted a similar fireball off the California coast was a Trident missile test-fired by the Navy.

“Navy Strategic Systems Programs conducted the scheduled Trident II (D5) missile test flight at sea from the Kentucky, an Ohio-class ballistic missile submarine, in the Pacific Test Range off the coast of Southern California,” a Navy spokesman said, as reported by the San Diego Union-Tribune.

Was the Navy test firing a missile to test the military’s readiness to detect enemy subs launching missiles?

Another consideration is that North Korea, which has at least 70 submarines, is known to deploy subs to spy on enemy naval installations, and there’s several on the California coast.

The rogue nation has threatened strikes against the US in response to a Navy carriers anchoring off the Korean peninsula.

“Our revolutionary strong army is keenly watching every move by enemy elements with our nuclear sight focused on the U.S. invasionary bases not only in South Korea and the Pacific operation theatre but also in the U.S. mainland,” stated North Korea’s state-run Rodong Sinmun newspaper.