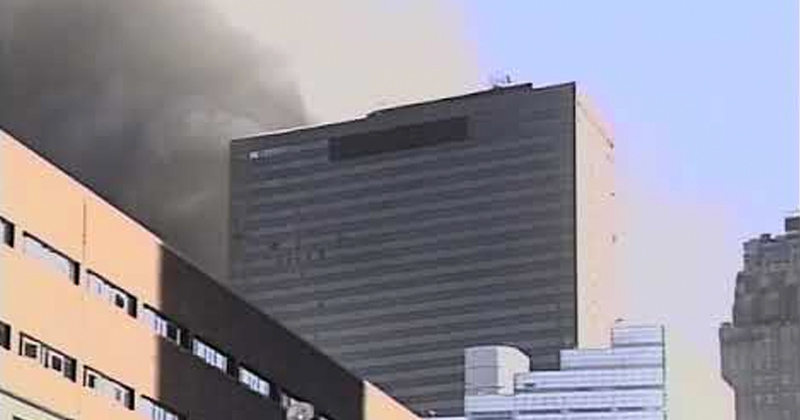 A new study from university researchers concludes uncontrolled fires did not bring down World Trade Center building 7, as contended in the official story regarding 9/11.

Engineers at the University of Alaska Fairbanks recreated sophisticated computer models of the Salomon Brothers building based on actual blueprints of the building’s construction.

After a four-year research project, they found it was not likely for fires to have compromised the structural integrity of the 47-story tower enough to lead to the collapse at free fall speed, which can be witnessed in video footage of the building’s collapse.

“The principal conclusion of our study is that fire did not cause the collapse of WTC 7 on 9/11, contrary to the conclusions of NIST and private engineering firms that studied the collapse,” reads a draft report.

The study looked at how the building’s design would have responded to fires at the 13th floor, where most of the fires were said to have occurred. They also factored in the official National Institute of Standards and Technology’s (NIST) collapse scenario, and ran multiple simulations destroying various structural points in order to identify which failures would have needed to occur for the collapse to happen as it did.

“The models… show that the only way to replicate the observed collapse is to simulate the failure of every column at nearly the same time,” states an informational video on the study by AE911Truth, which funded the research.

“Despite simulating a number of hypothetical scenarios, we were unable to identify any progressive sequence of failures that could have taken place on September 11, 2001, and caused a total collapse of the building, let alone the observed straight-down collapse with approximately 2.5 seconds of free fall and minimal differential movement of the exterior.”

In-depth research into the collapse was never conducted, according to AE911Truth, because the debris was hauled off and destroyed in the days following 9/11.

“Seven years later, federal investigators concluded that WTC 7 was the first steel-framed high-rise ever to have collapsed solely as a result of normal office fires,” notes AE911Truth, a group of over 200 architects and engineers who question the official narrative surrounding the 9/11 attacks.

The study’s findings arrive as the world prepares to commemorate the 18th anniversary of 9/11.