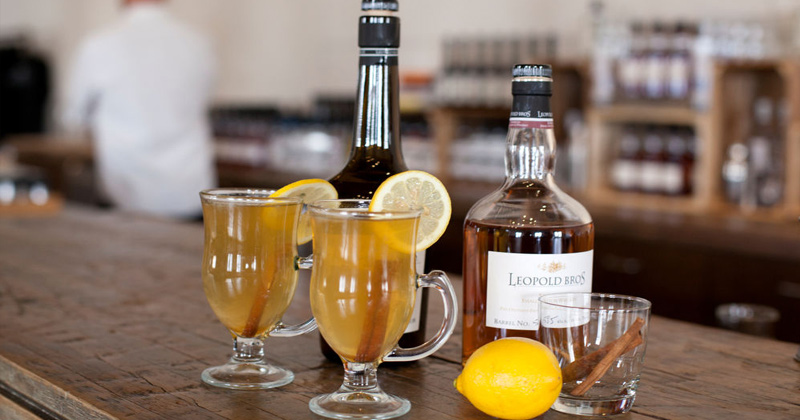 The first Englishman diagnosed with Wuhan coronavirus has been cleared of the sickness after ignoring doctors’ orders and instead choosing to drink Hot Toddies.

That’s right, the classic hot cocktail consisting of whiskey, lemon, honey and cinnamon allegedly cured the Brit of his illness.

Connor Reed, a 25-year-old English teacher living in Wuhan, China, told The Sun he was diagnosed with coronavirus two months ago after he suffered from a bad cough he couldn’t shake.

“I was stunned when the doctors told me I was suffering from the virus. I thought I was going to die but I managed to beat it,” Reed explained.

“I used the inhaler which helped control the cough and drank a hot whiskey with honey until that ran out,” he continued. “It’s an old fashioned remedy but it seemed to do the trick.”

Hinting towards skepticism of mainstream medicine, Reed added, “I did refuse to take the antibiotics the doctors prescribed me because I didn’t want to take any medicines.”

Connor also described what it’s like in Wuhan at the moment, saying, “Wuhan is becoming a real ghost town — there is hardly anybody in the streets and the shops are running low of fresh fruit and vegetables.”

“And there is no medicine or masks left in the pharmacies. If you go out without a mask the police will arrest you,” he concluded.

The coronavirus survivor says he did contact the Foreign Office, but that “they kept asking if I wanted a place on a flight out but I said no. I’ll stick it out here.”

“I am proof coronavirus can be beaten,” Reed said, providing hope for others fighting the virus.

In fact, Reed’s ethnicity could have played a role with a new study by Chinese scientists claiming Caucasians are essentially immune to the virus because of the low number of Angiotensin-converting enzyme 2 (ACE2)-expressing cells in the lungs.

On the other hand, Asian males have a large number of ACE2 cells, which the coronavirus clings to, making them more vulnerable to the virus.

According to Chinese scientists, the Corona Virus attaches onto lung receptors that are five times more likely in Asian males:https://t.co/9BNW3gs88E

Also… white people are essentially immune because we have the acetylcholinase inhibitor against the virus.