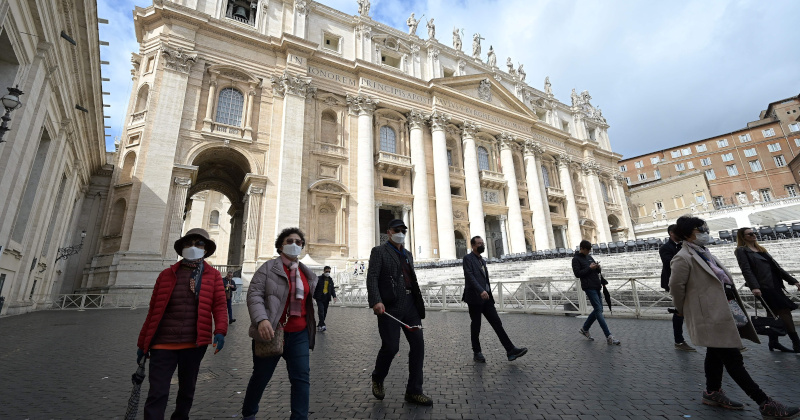 The disease was confirmed in the city-state amid the virus spreading across Italy, which is the main center of the infection in Europe.

According to recent data, the death toll in the country has climbed to 148 people, with the total number of infected exceeding 3,800.

The first case of coronavirus infection has been reported in Vatican City, Director of the Holy See Press Office Matteo Bruni stated on Friday.

He noted that the patient was discovered on Thursday and that emergency services are sanitising the area.

Italian health authorities have been notified about the case. There is currently no information about the identity of the infected person.

The news comes following concern about Pope Francis’ health, as the head of the Catholic Church was seen coughing and blowing his nose during the Ash Wednesday Mass last week. However, a coronavirus test proved negative, and medics noted that the Pope was just suffering from a “mild indisposition”.

The Vatican is not the first holy site to be affected by the coronavirus this week: Saudi authorities previously suspended pilgrimages to Mecca due to health concerns, while Israel shut down travel to and from Bethlehem.

The infection, which originated in the Chinese city of Wuhan in Hubei province, has since spread to over 70 countries. In total, more than 98,000 people have been infected worldwide, with the death toll reaching 3,400.