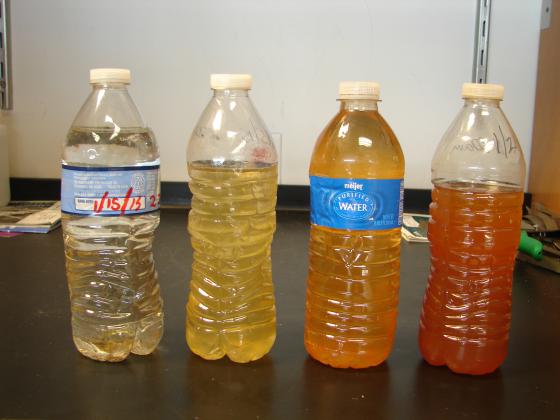 Three Michigan officials were charged last Wednesday for their roles in the Flint water crisis. The charges were announced just a day after a federal judge tossed out a $150 million class action lawsuit over the lead-contaminated water, saying the courts lacked jurisdiction.

The workers – an employee of Flint and 2 state workers tasked with monitoring water quality in cities – are accused, in part, of covering up evidence of lead contamination. They are the 1st, but almost certainly not the last, to face criminal charges related to the failures that allowed city residents to drink, bathe in, and cook with lead-filled tap water for many months. Some of the charges are felonies carrying penalties of up to 5 years in prison.

Michigan Attorney General Bill Schuette emphasized that his investigation, which was launched in January, is in its early stages.

“These charges are only the beginning. There will be more to come – that I can guarantee you.”

The defendants- Michael Prysby, a district engineer with the State Department of Environmental Quality; Stephen Busch, a district supervisor in the same department; and Michael Glasgow, Flint’s utilities manager – are accused of tampering with evidence contained in reports on lead levels in city water. The 2 state officials are also facing allegations of conspiracy to tamper with evidence.

The workers reportedly directed city residents to run their water before it was tested, thereby distorting the results. They also allegedly failed to collect samples from houses they were required to test. This made the levels of lead in the water supply appear significantly less dangerous than they actually were, which falsely reassured officials who could have taken action months earlier, as well as residents, that their water was harmless.

Flint residents have asked whether Gov. Rick Snyder will be taken to task for whatever role he may have played in the crisis. In response, Schuette has said:

“There’s no target, and no one’s off the table.”

Snyder has maintained his innocence, declaring:

“What I’ve said consistently from the beginning is this tragic situation was the result of bad decisions by bureaucrats. Again, I always described it as people lacking common sense. This puts it in the context of criminal behavior. Was it actually criminal? Or was it poor decision-making? And again, I’m not looking for vindication. This is about getting to the truth, getting to accountability.” [1]

Ellis Stafford, a Flint native and a member of Schuette’s investigatory team, expressed the personal torment he has suffered in the wake of the revelations that Flint officials – and possibly state officials – allowed residents to drink contaminated water to save their own jobs and reputations. He emotionally told The New York Times:

“It really hurts. I have friends, personal close friends. They live here. They look at me and they wonder if there’s any truth to this investigation. I hope I gave them some.”

In total, the 3 men face 13 charges, including both felonies and misdemeanors. The state workers have been suspended without pay, and Glasgow has been placed on administrative leave.

The water crisis first came to light last October, when it was revealed that Flint tap water contained twice the amount of lead after the city switched its water source in April 2014 from the Detroit River to the Flint River in an effort to save money. Residents complained about the color and odor of their water for a year before local government officials took any action. Here is a quick timeline of what happened:

Officials eventually had to issue a state of emergency over increasing numbers of children with high levels of lead in their blood. According to Mayo Clinic, lead poisoning in children can cause:

In infants, lead poisoning can cause learning difficulties and slowed growth.