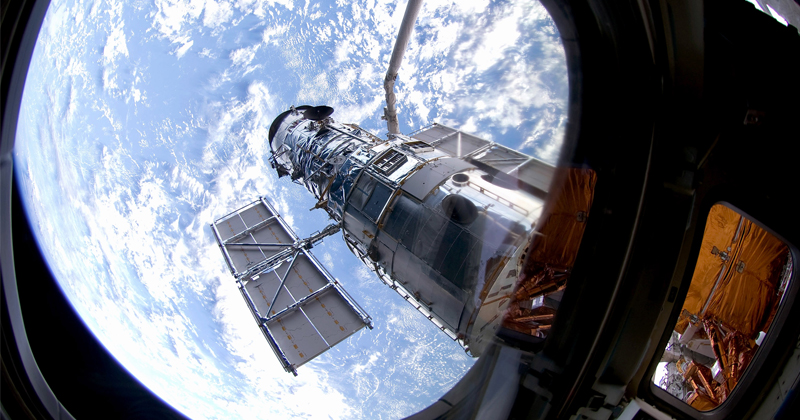 Astrophysicists have found the first-ever evidence of gigantic remains being formed from repeated explosions on the surface of a dead star in the Andromeda Galaxy, 2.5 million light years from Earth.

The remains or “super-remnant” measures almost 400 light-years across. For comparison, it takes just 8 minutes for light from the Sun to reach us.

A white dwarf is the dead core of a star. When it is paired with a companion star in a binary system, it can potentially produce a nova explosion. If the conditions are right, the white dwarf can pull gas from its companion star and when enough material builds up on the surface of the white dwarf, it triggers a thermonuclear explosion or “nova,” shining a million times brighter than our Sun and initially moving at up to 10,000 km per second.

Astrophysicists including Dr. Steven Williams from Lancaster University in the UK examined the nova M31N 2008-12a in the Andromeda Galaxy, one of our nearest neighbors.

They used Hubble Space Telescope imaging, accompanied by spectroscopy from telescopes on Earth, to help uncover the nature of a gigantic super-remnant surrounding the nova. This is the first time such a huge remnant has been associated with a nova, and their research appears in Nature.

Dr. Williams worked on Liverpool Telescope observations of the nova as well as helping to interpret the results.

He said: “This result is significant, as it is the first such remnant that has been found around a nova. This nova also has the most frequent explosions of any we know — once a year. The most frequent in our own Galaxy in only once every 10 years.

“It also has potential links to Type Ia supernovae, as this is how we would expect a nova system to behave when it is nearly massive enough to explode as a supernova.”

A Type Ia supernova is caused when the entire white dwarf is blown apart when it reaches a critical upper mass, rather than an explosion on its surface as in the case of the nova in this work. Type Ia supernovae are relatively rare. We have not observed one in our own Galaxy since Kepler’s supernova of 1604, named after the famous astronomer Johannes Kepler, who observed it shortly after it exploded and for the following year.

The team simulated how such a nova can create a vast, evacuated cavity around the star, by continually sweeping up the surrounding medium within a shell at the edge of a growing super-remnant.

The models show that the super-remnant — larger than almost all known remnants of supernova explosions — is consistent with being built up by frequent nova eruptions over millions of years.

Dr. Matt Darnley from Liverpool John Moores University in the UK, who led the work, said: “Studying M31N 2008-12a and its super-remnant could help us to understand how some white dwarfs grow to their critical upper mass and how they actually explode as a Type Ia Supernova once they get there. Type Ia supernovae are critical tools used to work out how the universe expands and grows.”