The two-year anniversary of the Fukushima Daiichi nuclear disaster is rapidly approaching, and the waters around the crippled plant are still highly contaminated with radiation, according to new reports. A fish caught as part of an ongoing Tokyo Electric Power Company (TEPCO) seafood monitoring program recently tested at levels of 254,000 becquerels per kilogram (Bq/kg) of radioactive cesium, or roughly 2,540 times higher than the maximum legal limit of 100 Bq/kg established by the government for seafood. Murasoi caught had over 2,500 times the legal limit of radiation for seafood due to Fukushima fallout.

The contaminated fish, which has been dubbed “Mike the Murasai,” was caught in ocean waters fairly close to the shuttered plant nearly 24 months after the catastrophe, raising fresh concerns about the safety of seafood off the coast of Japan. Though the fish itself did not show visible signs of deformation or other radiation-induced damage, according to reports, the level of radiation detected in its tissue is high enough to suggest that the Fukushima plant is more than likely still releasing extremely high levels of nuclear radiation directly into the ocean.

In response, TEPCO says it is planning to install an extensive series of nets beneath the surface of the waters surrounding the still-damaged plant, which will cover a radius of about 20 kilometers, or roughly 12.5 miles. This netting is intended to trap other contaminated fish and prevent them from migrating too far from the plant. Many experts worry that deposits of radioactive cesium and other nuclear chemicals are continuing to build up on the ocean floor, and that Murasai, which are feeder fish for other sea species, will inadvertently contaminate other fish species, and potentially even fisheries.

Radiation levels actually appear to be increasing around Fukushima

The high levels of radiation detected in Mike the Murasai would not necessarily be as big of a concern if they were less than previously detected levels. But according to reports, the 254,000 Bq/kg of cesium identified is nearly 10 times higher than the amount detected in scorpion fish caught last August, suggesting that radiation pollution is increasing in the area, despite continued reassurances by TEPCO and government officials that the situation is under control.

It was also confirmed back in November by the Woods Hole Oceanographic Institution (WHOI), an independent oceanographic research institution based in the U.S., that nearly half of all sea creatures living in the waters near the Fukushima plant are still contaminated with levels of radioactive cesium that greatly exceed government safety limits. And as the radioactive particles continue to sink in ocean waters, the problem is only expected to worsen, particularly for bottom-feeding fish.

“We can’t sell any of these fish,” explained Kozo Endo, a local fisherman, about the dire situation. “We can only catch them for radiation sampling. Those that are left over — well, all of us working on the boat take them home to eat.”

Both TEPCO and the Japanese government continue to change their respective stories surrounding the disaster. In the past, the two entities tried to deny that Fukushima was still leaking radiation into the ocean. After this was shown to be false, they then tried to claim that radiation levels were minimal, and that particles were sinking into the ocean floor where they would be unable to cause further damage. Now, the story has changed again, and TEPCO is allegedly taking more drastic measures to contain radioactive fish. 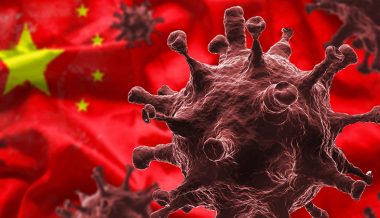