Those who feel the only way to make sex even sexier is with data visualization, it’s time to rejoice – the ‘World’s First Smart Condom’ does just that. The i.Con gathers data on its wearer, including thrust velocity, calories burned and even detects STIs.

The device made by British Condoms will let wearers compare their performance stats with the rest of the world (which is sure to do wonders for their self-esteem) if they so choose. It consists of a ring worn over a traditional condom that, when fully charged, allows for up to eight hours of data collection.

Data collected by the i.Con’s nano-sensors include thrust velocity, thrust speed, calories burned, positions covered and girth, for those who want to know. Adam Leverson, lead engineer for the device’s creator, called the release “truly a revolutionary day” in a statement.

Medical Daily reports that antibody filters on the device would send an alert to its app when the i.Con detects proteins or antigens related to STIs.

The manufacturers are aiming for a release sometime this year and the device is currently available for pre-order at just under £60 ($74). It can be adjusted to fit all sizes.

Meanwhile, social media users have already started pondering how to fake results so to boost their Tinder profiles. 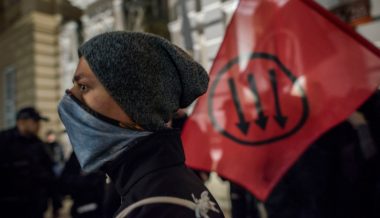