Col. Lawrence Wilkerson appeared on the Young Turks program late last week to reveal that the “varying degrees of confidence” with which Defense Secretary Hagel proclaimed that the Syrian government had used chemical weapons was in fact based on “really flaky” evidence, according to Wilkerson’s sources in the intelligence community.

“There is no way I would say my red line had been crossed and start something serious in terms of US intervention based on this very flimsy evidence,” said Wilkerson, an academic advisor to the Ron Paul Institute.

Now we hear that, according to UN investigator Carla Del Ponte, it appears that the rebels rather than the government had used the banned weapons. Hardly a surprise, as they are the ones to gain by sparking a US/NATO attack.

Case in point is today’s NY Times op-ed by Bill Keller — the same Bill Keller who cheered for the 2003 US war on Iraq, defended the lies of media-Goebbels Judith Miller, and wrote a love note to neo-con prince Paul Wolfowitz, calling him the “Sunshine Warrior“.

In today’s piece, Keller tells us to ignore the fact that he helped lie us into war with Iraq, blithely calling it “our ill-fated adventure,” as if it were some sort of Sunday drive gone wrong.

Best to forget the millions whose lives have been destroyed in the war he pushed — because he is back without shame to promote the next one.

Although he “admires” President Obama’s caution about intervention overseas, he warns that:

“[I]n Syria, I fear prudence has become fatalism, and our caution has been the father of missed opportunities, diminished credibility and enlarged tragedy…in contemplating Syria, it is useful to consider the ways it is not Iraq.”

Translation: “It’ll be different this time…honest.”

The “flaky evidence” that Col. Wilkerson cites above, is absolutely sufficient for Keller and his ilk.

But Obama had better act fast, as the interventionists’ patience is wearing thin.

“The administration is now preparing contingency plans along those lines in the event that Assad’s use of chemical weapons forces our hand. Why wait for the next atrocity?”

Translation: “We don’t want the smoking gun to be a mushroom cloud.”

Keller finishes with a line that should be carved in stone on the grave of neo-conservatism, as more than anything it encapsulates the mendacity of the warmongers:

“Whatever we decide, getting Syria right starts with getting over Iraq.”

Just get over it. Stop complaining. Start another war.

This is neo-conservativism laid bare. 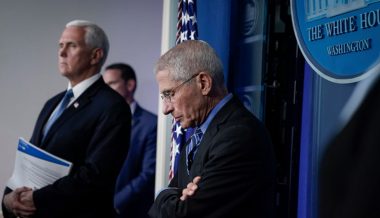 Why Taiwan Hasn’t Shut Down Its Economy