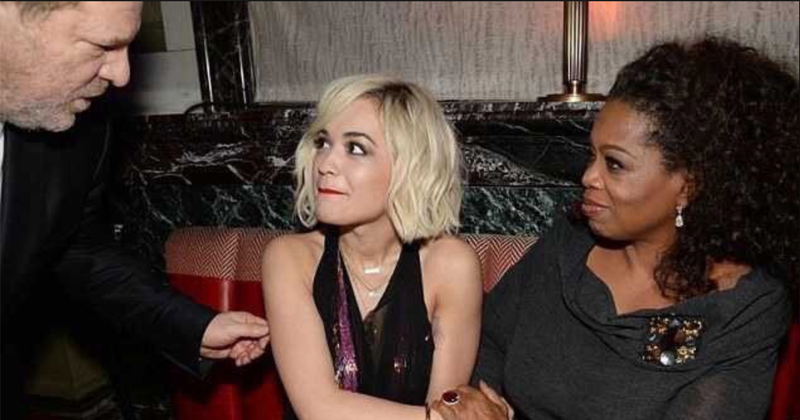 What Winfrey failed to mention was her close relationship with disgraced producer Harvey Weinstein, a fact British actress Kadian Noble brought up in November as the #MeToo fallout was in full swing.

Noble said at a press conference in Manhattan that she had met Weinstein in 2014 at an event in London with Oprah “swinging off his arm,” which Noble said impressed her because she was hoping to advance her career.

“I thought, obviously, this man has something amazing in store for me,” she said at the conference.

Instead, Weinstein gave empty promises of career advancement to lure Noble to his hotel in France, where he allegedly raped her.

“I felt completely played,” she said.​ “I still can hear the rattle from his belt, like him undoing his belt while he had grip of me.”

“It seemed like it went on forever and he basically took, just completely touched me inappropriately and got me to put — force my hand in places,” she added.

The incident prompted Noble to file a sex trafficking lawsuit against Weinstein in a Manhattan federal court in November.

“Harvey wasn’t acting alone. Harvey wasn’t allowed and enabled to do what he did to Kadian and other women without help,” said Noble’s attorney, Jeff Herman.

At least 30 actresses, including Angelina Jolie and Gwenyth Paltrow, have come forward against Weinstein, alleging he used his enormous power to sexually assault them without fear of reprisal.

Given Weinstein and Oprah’s cozy relationship, her condescending speech promising “a new day on the horizon” for “all the women who have endured years of abuse and assault” is not just ironic, but deeply hypocritical.

Consider this photo of Oprah and Weinstein at the Critic’s Choice Awards in 2014, showing Oprah appearing to suckle Weinstein’s right ear.

Oprah reportedly enabled one of the most powerful, disgusting men in Hollywood. #WeinsteinsPimp

Think that’s an exaggeration? Just look at Weinstein’s left ear, which shows a large hanging earlobe absent on his right side – because it’s in Oprah’s mouth.

Nevertheless, that didn’t stop the left and mainstream media from pushing her as their new favorite choice for presidential candidate in the 2020 election. 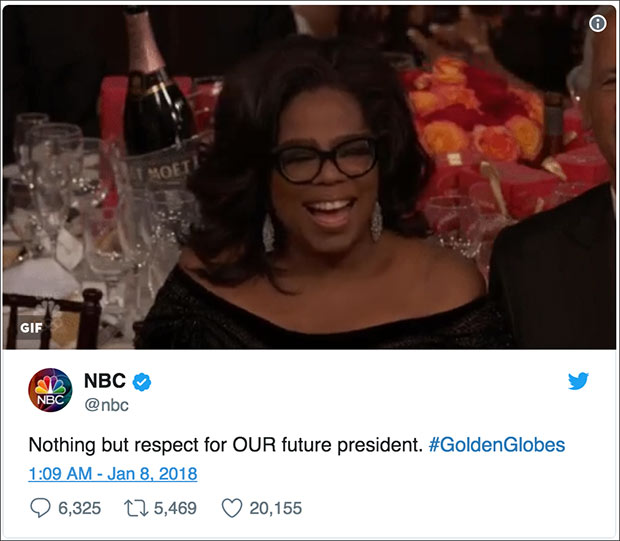