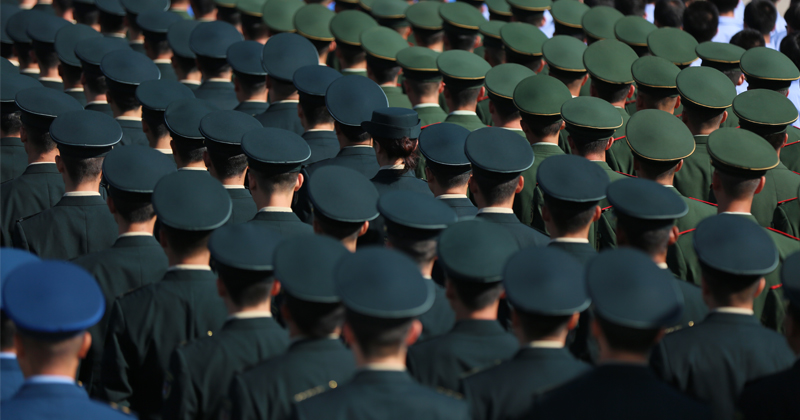 The report, published in 2018 by a think tank tied to Australia’s defense ministry, concluded that China’s People’s Liberation Army (PLA) came up with the moniker “Five Eyes countries” to denote the preferred targets for university infiltration (America, U.K., Canada, Australia, and New Zealand) for military scientists to gain expertise on areas like “hypersonic missiles and navigation technology.”

“Dozens of PLA scientists have obscured their military affiliations to travel to Five Eyes countries and the European Union, including at least 17 to Australia, where they work in areas such as hypersonic missiles and navigation technology,” reads the official report. “Those countries don’t count China as a security ally but rather treat it as one of their main intelligence adversaries.”

Furthermore, the groundbreaking report detailed how the PLA has inserted thousands worldwide over the past decade as “students or visiting scholars” while continuously augmenting their findings as peer-reviewed literature in “strategic and emerging technology sectors.”

“The PLA has sponsored more than 2,500 military scientists and engineers to study abroad and has developed relationships with researchers and institutions across the globe,” reports the think tank. “Those scientists work in strategic and emerging technology sectors such as quantum physics, signal processing, cryptography, navigation technology and autonomous vehicles.”

A PLA outlet bluntly described the intelligence campaign as “picking flowers in foreign lands to make honey in China.”

“[Companies doing business with China] will to lead to intellectual property from that company finding its way to the Chinese military,” said Dunford in March. “This is not about me and Google.”

“This is about us looking at the second and third-order effects of our business ventures in China, China’s form of government, and the impact that’s going to have on the United States’ ability to maintain a competitive military advantage and all that goes with it.”

Also like Thiel, Dunford expressed his concern with China’s advancements in artificial intelligence, specifically how China is using developments in AI to “control” the vast majority of its people.

“My concern when you think about things like artificial intelligence… They’re gonna help an authoritarian government assert control over its own population,” said Dunford. “What China is able to do is identify patterns of behavior amongst people and determine who’s reliable and who’s not reliable.”

“There is no question in my mind that China will leverage technology to assist the 6% of the Chinese population in controlling the other 94%.”

Google Treason Proves Globalists Have Been Building Up China For Decades