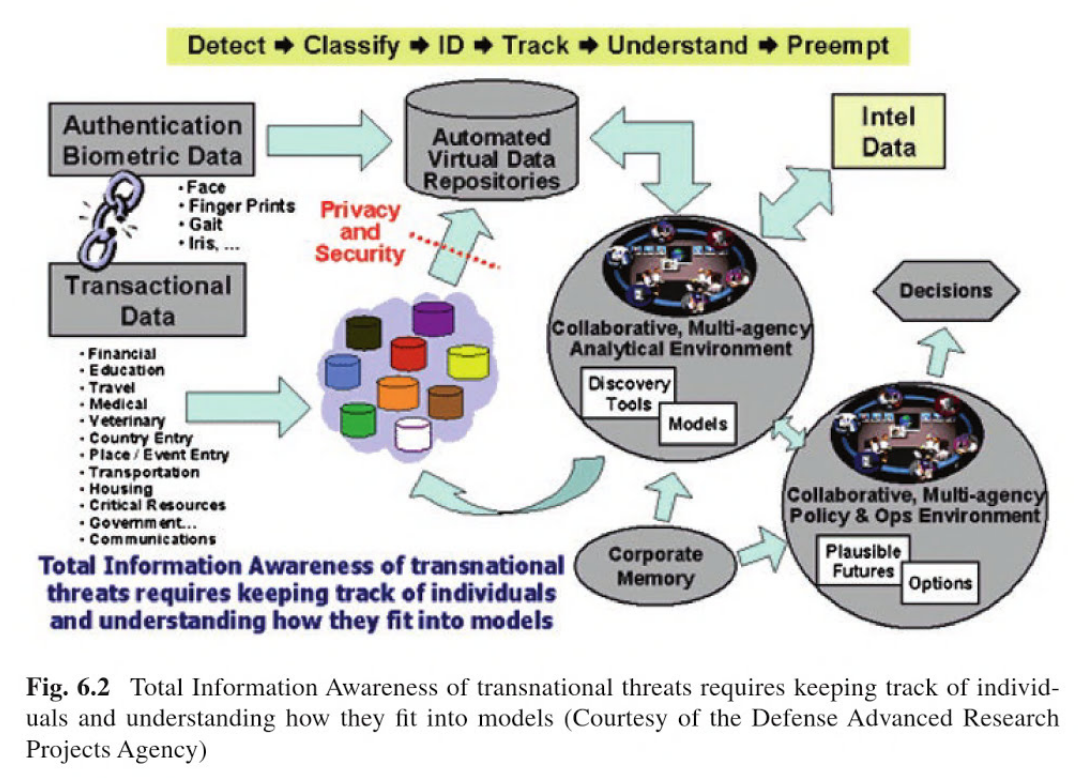 The data collection performed by Facebook has striking similarities to DARPA’s Total Information Awareness program that was laid out before 9/11, which Infowars reported on years ago.

For starters, in Dec. 2000 the NSA admitted it was ensnaring Americans’ private data protected under the Fourth Amendment as part of its dragnet surveillance of digital communications.

“…Today’s and tomorrow’s mission will demand a powerful, permanent presence on a global telecommunications network that will host the ‘protected’ [under the Fourth Amendment] communications of Americans as well as targeted communications of adversaries,” the NSA stated in a declassified memo to then-newly-elected President Bush.

The memo, entitled Transition 2001, alluded to both a transition for the NSA as well as the transition into the Bush presidency; the NSA would soon shroud itself with even greater secrecy through a change in its classification policy.

The NSA likely did so knowing it would soon come under scrutiny; not long after the Transition 2001 memo, the U.S. Department of Defense moved towards integrating existing information on American citizens and aliens into a centralized, virtual database, as reported in a Dec. 15, 2002 New York Times article entitled Total Information Awareness:

According to its Web site, which features a Latin slogan that means “knowledge is power,” “Total Information Awareness of transnational threats requires keeping track of individuals and understanding how they fit into models.”

To this end, T.I.A. seeks to develop architectures for integrating existing databases into a “virtual, centralized, grand database.”

In addition to analyzing financial, educational, travel and medical records, as well as criminal and other governmental records, the T.I.A. program could include the development of technologies to create risk profiles for millions of visitors and American citizens in its quest for suspicious patterns of behavior.

That’s eerily similar to Facebook, especially given the recent outrage over Facebook’s pursuit of medical data.

“Facebook was in talks with top hospitals and other medical groups as recently as last month about a proposal to share data about the social networks of their most vulnerable patients,” reported CNBC. “The idea was to build profiles of people that included their medical conditions, information that health systems have, as well as social and economic factors gleaned from Facebook.”

It seems that Facebook has already surpassed DARPA’s plan for worldwide data mining; simply put, there’s no better way to obtain almost unlimited data on the world population than to convince the public to share it willingly.