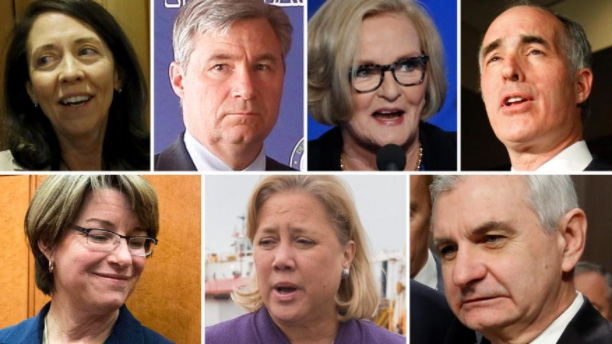 While Democrats feverishly sought Attorney General Jeff Sessions’ resignation after he was revealed to have had encounters with Russian diplomats, photos and records show dems also met with the same Russian ambassador to little fanfare.

In fact the Russian ambassador whom Sessions is accused of meeting visited the Obama administration White House no less than 20 times, and even sat with Democrats at Trump’s congressional address Tuesday.

Photos from earlier this week show Russia’s US ambassador Sergey Kislyak preparing to sit among democrats at the president’s first address to Congress.

Photo of Russian Ambassador Kislyak on the House floor ahead of Trump's #JointAddress Looks like he met w/ all of them.#Sessions #Kushner pic.twitter.com/QdBbVazKbn

Fox News reports that seven other Democrat senators also previously met with Kislyak, one of whom had claimed she had never met with any Russian ambassadors during her time on the Armed Services Committee.

Sen. Claire McCaskill (D-Mo) was quickly corrected on Twitter with screenshots from her own account yesterday after she claimed she had never met with Russians. 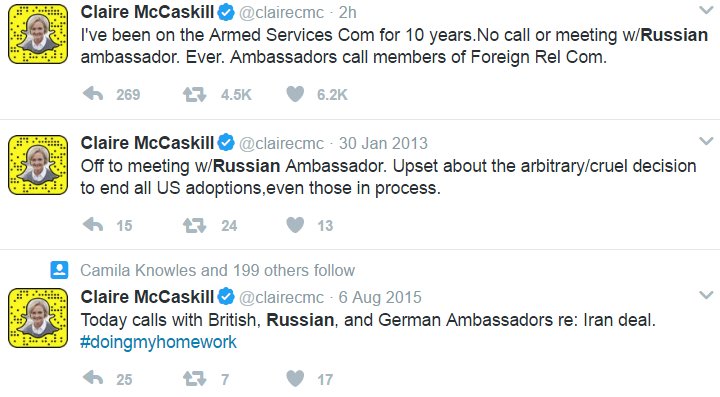 “Kislyak appeared in the logs as recently as September 2016 when he had a meeting scheduled with one of Obama’s senior advisers, John Holdren, in the Eisenhower Executive Office Building,” reports Daily Caller’s Kaitlan Collins.

Despite previously eating doughnuts with the Russian leader, Sen. Schumer was one of the most prominent voices calling for Sen. Sessions’ resignation.

Highlighting the absurdity of the claims against the attorney general, President Trump also tweeted the photo of Schumer meeting Putin, saying “an immediate investigation” should take place:

We should start an immediate investigation into @SenSchumer and his ties to Russia and Putin. A total hypocrite! pic.twitter.com/Ik3yqjHzsA

The president’s tweet followed an upload of the same photo featuring Putin and Schumer on the widely-trafficked DrudgeReport.com. 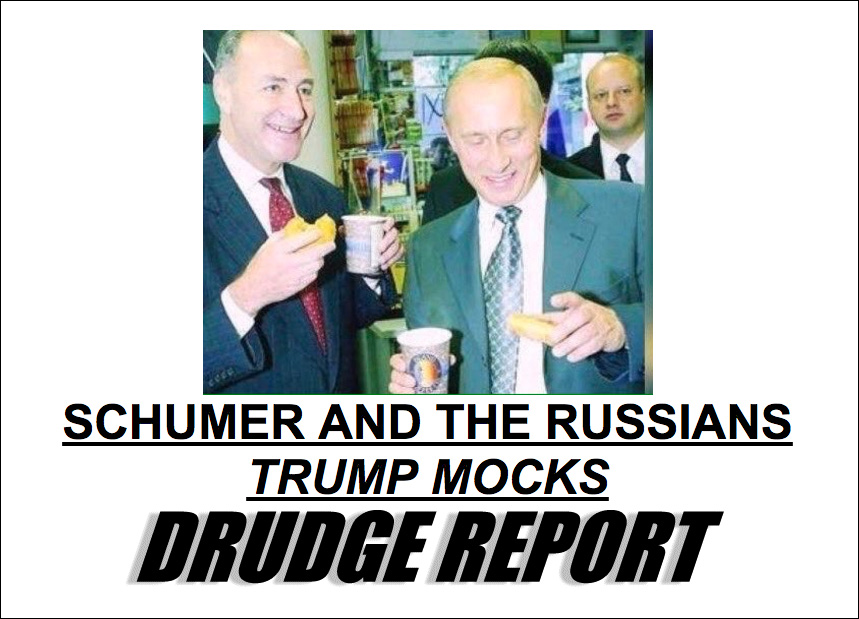 I hereby demand a second investigation, after Schumer, of Pelosi for her close ties to Russia, and lying about it. https://t.co/qCDljfF3wN

Here are a few more photos where US lawmakers met with “the Russians.”

The discoveries come as Attorney General Sessions recuses himself from probes investigating Russian involvement in the US election.

Russian diplomats have called the allegations against Sessions a “witch hunt.”

“All this is very much reminiscent of a witch hunt and the McCarthyism era which we all thought was long gone,” Russian Foreign Minister Sergei Lavrov said.