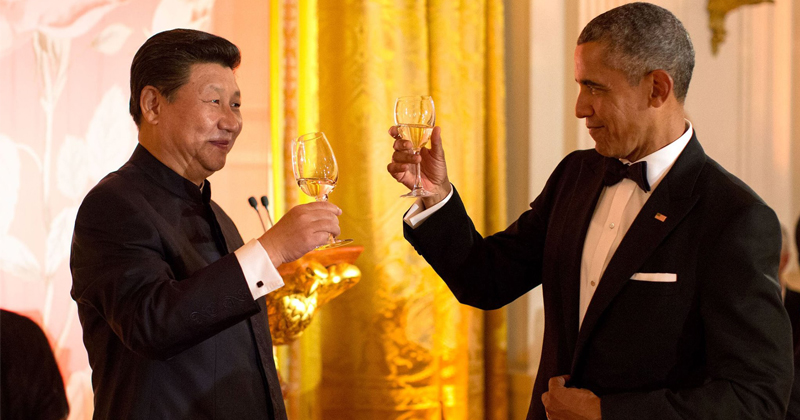 When the Obama administration pushed for the United States to cede control of ICANN (Internet Corporation for Assigned Names and Numbers) in 2016, we were warned that freedom of speech could be lost.

After years of censorship, Trump has announced action against Big Tech, but the larger threat of China’s plan for the internet remains at large.

Google, Facebook, and Twitter all lobbied for the transfer of ICANN, which manages internet domain names and security, to the “global community.” There is an expectation among tech elites that internet regulation and law in the west will yield to a Chinese model.

During the World Internet Conference in 2014, talks were held in the run-up to the United States giving up control of ICANN.

Where is the outrage for the scores of American globalists siding with China?

China wasted no time seizing the opportunity. Li Yuxiao, secretary-general of the Cybersecurity Association of China, said that:

“Now is the time for China to realize its responsibilities. If the US is willing to give up its running of the Internet sphere, the question comes as to who will take the baton and how it would be run?”

Yuxiao added, “China is transforming from a participant of the Internet into having a leading and dominant role in it.”

“The organization that governs the .org top-level domain, known as Public Interest Registry (PIR), and the Internet Corporation for Assigned Names and Numbers (ICANN) are expanding their role as speech regulators through a new agreement, negotiated behind closed doors.”

“Adding URS to the .org domain puts nonprofit organizations who strive to hold powerful corporations and governments accountable at risk of losing their domain names, effectively removing those organizations from the Internet until they can register a new name and teach the public how to find it.”

The next move for the Trump admin needs to be reigning in California based ICANN.

During a recent congressional testimony, The Intelligence Committee learned of the depths to which the Democrats are funded and answer to the ChiComs.