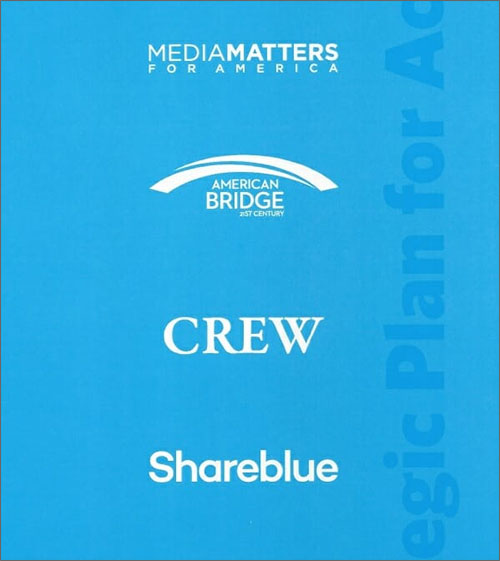 The scheme is outlined in a January 2017 document called “Democracy Matters: A Strategic Plan for Action,” released by Democrat operative David Brock during a Florida donor retreat.

“In the next four years, Media Matters will continue its core mission of disarming right-wing misinformation, while leading the fight against the next generation of conservative information: The proliferation of fake news and propaganda now threatening the country’s information ecosystem,” the memo reads (Page 2).

The 49-page memo, which stated its ultimate goal is to “defeat Trump either through impeachment or at the ballot box in 2020,” makes the alarming admission that these groups worked with social media companies to eliminate conservative content.

The far-left groups gave tech companies “a detailed map of the constellation of right-wing Facebook pages that had been the biggest purveyors of fake news,” in exchange for “access to raw data from Facebook, Twitter, and other social media sites” so they can “systemically monitor and analyze this unfiltered data.”

“Internet and social media platforms, like Google and Facebook, will no longer uncritically and without consequence host and enrich fake new sites and propagandists,” the memo continues.

“With this new technology at our fingertips, researchers monitoring news in real time will be able to identify the origins of a lie with mathematical precision, creating an early warning system for fake news and disinformation.”

In the months since the memo’s release, Facebook and Twitter have frequently been caught shadow banning conservative accounts, including Diamond & Silk, PragerU, and even conservative politicians, in some cases by 99%.

But the purge of conservative voices accelerated earlier this month when Big Tech, including Apple, Facebook, and YouTube, outright de-platformed Infowars and Alex Jones under the vague explanation of combating “hate speech,” without providing a single example to back up their false claim.

You can view the far-left’s censorship plan below: